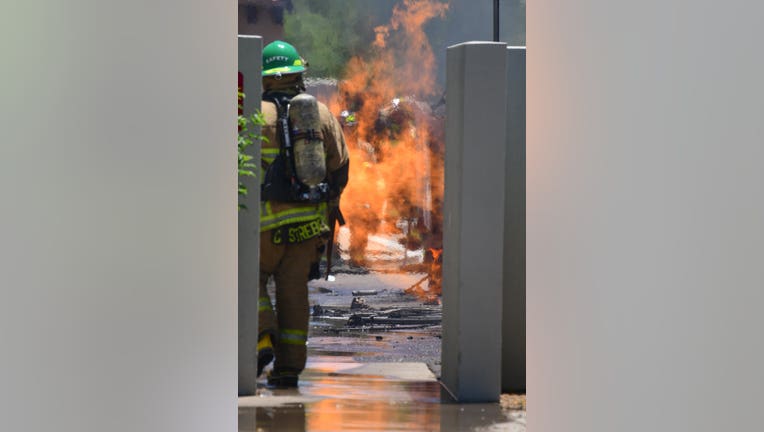 SCOTTSDALE, Ariz. - Fire crews responded to an incident involving a broken natural gas pipeline are at the scene of a broken gas line Monday afternoon.

According to Cpt. Brian S. Joseph with Scottsdale Fire, crews from Scottsdale as well as Phoenix and Tempe, responded to an area near Scottsdale Road and Rose Lane for the incident.

Cpt. Joseph said measures were taken to protect crews at the scene from exposure to natural gas, and the natural gas line has since been secured.