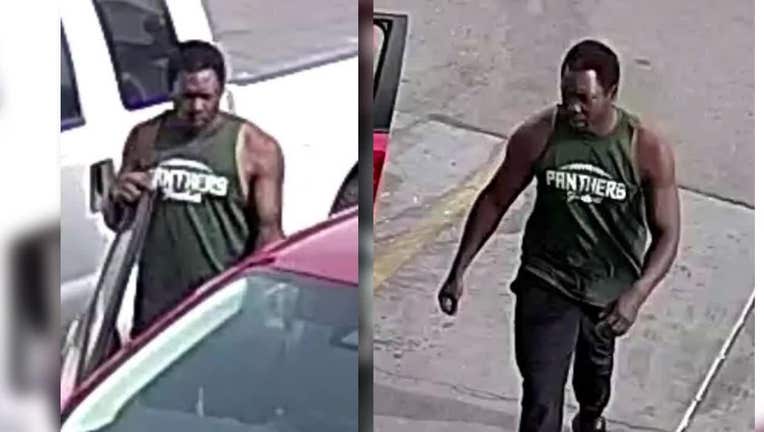 BUCKEYE, Ariz. - Police in Buckeye are trying to track down the person who assaulted two people, including a man who tried to intervene.

The incident happened at a Circle K on Highway 85 and Apache on February 21. Surveillance video captured a man getting out of his red car. That man was a customer before he became an apparent aggressor.

“When he comes out, he has a confrontation with somebody who we think might’ve been panhandling,” said Donna Rossi with Buckeye Police.

In the video, the suspect can be seen pushing down that person. Rossi said a 65-year-old good samaritan then stepped in to try to break up a fight but then became a victim himself.

“They say no good deed goes unpunished. Here’s a guy trying to intercede in a fight, trying to be a good samaritan and help someone out. He ends up with pretty significant injuries,” said Rossi,

It was a heroic act, but now, the victim is in the hospital with broken bones and severe bruising. The pictures from the surveillance video show clearer images of the suspect.

“We know that people know who this is. The best thing they can do is call our tip line, call the police department emergency line and let us know. We want to speak to this person and get his side of the story,” said Rossi.