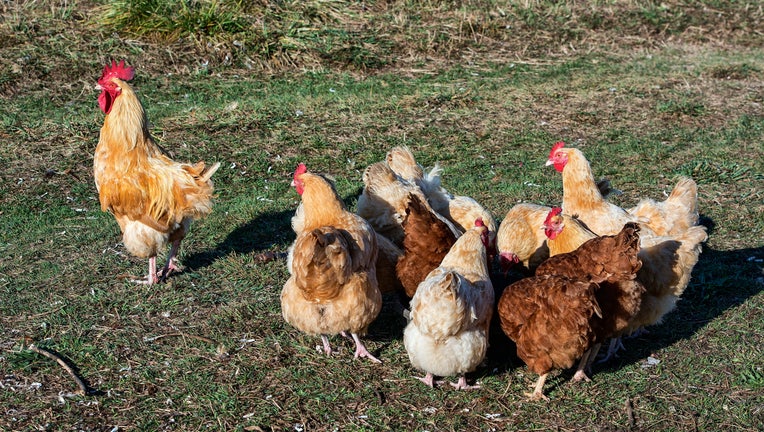 ATLANTA - The U.S. Centers for Disease Control and Prevention is cautioning Americans not to "kiss or snuggle backyard poultry" out of concern of growing salmonella cases linked to chickens.

The agency issued the warning Thursday on its website. Salmonella are bacteria that come from contaminated food or environment. Symptoms include diarrhea, fever, and stomach cramps and begin within six hours and last for up to seven days. Symptoms usually clear up without the aid of antibiotics, according to the CDC.

The CDC said the county currently has 163 cases of salmonella and 34 hospitalizations across 43 states.

What is salmonella infection and what are the symptoms?

People can get infected by eating contaminated food or drinking water, as well as by touching infected animals or their environment.

Researchers warn backyard poultry, like chicken and ducks, can carry the bacteria and people should avoid touching them.

The CDC recommends people wash their hands immediately after touching backyard poultry or their eggs.

The new advisory comes after the country recently saw another outbreak.

In August 2020, federal health officials said an outbreak of salmonella infecting nearly 400 people in more than 30 states had been linked to red onions, and identified a California company as the likely source.

The Food and Drug Administration said in a statement that Thomson International Inc. of Bakersfield, California, had notified the food agency that it was recalling all varieties of onions that came in contact with potentially contaminated red onions because of the risk of cross-contamination.