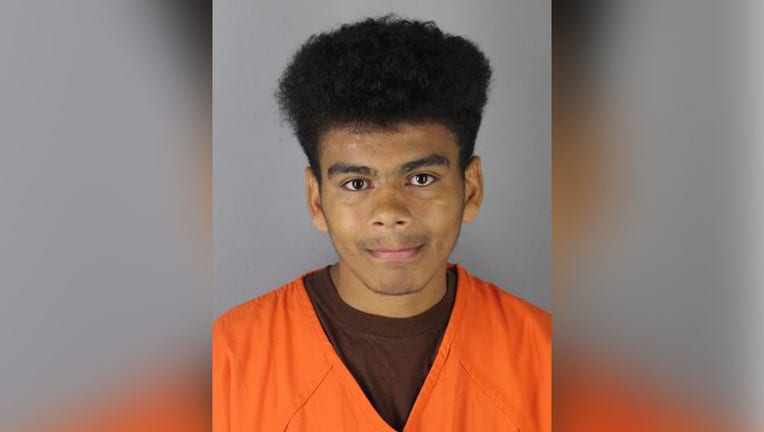 Jonah Canny, 18, is accused of sexually assaulting a 6-year-old boy in the porta potty at park in Brooklyn Park, Minnesota. (Hennepin County Jail)

BROOKLYN PARK, Minn. (FOX 9) - Charges have been filed against an 18-year-old man accused of sexually assaulting a 6-year-old boy at a family party in a park in Brooklyn Park, Minnesota last week.

Jonah Canny has been charged with one count of second-degree criminal sexual conduct in the alleged incident at Willowstone Park last Wednesday.

According to the charges, the victim’s family was holding a party in the park that night. As they were cleaning up, they noticed he was missing. His uncle found him coming out of a porta potty with an unknown man.

The uncle confronted the man, now identified as Canny, who told him the victim had gotten stuck in the porta potty and he was trying to help him.

When the victim got home, he told his family someone had taken off his clothes and touched his private parts. He was examined and interviewed at the Midwest Children’s Resource Center, where he told authorities the same thing.

Someone contacted investigators and told them she believed Canny was involved.

She said Canny is drawn to small children and frequents Willowstone Park, which is near where he lives. The woman told police Canny has a history of similar behavior and that he was gone from the house that night and did not return until after the time which the incident is said to have occurred.

Brooklyn Park police arrested an 18-year-old man suspected of sexually assaulting a 6-year-old boy in a porta potty in a park, according to Brooklyn Park Deputy Chief Mark Bruley.

Canny was arrested at his home on Friday. Police said he has a history of minor infractions, but they were not related to sexual crimes. However, there have been previous accusations of sexual crimes regarding him.

Police have asked families who use park to talk to their kids about any encounters they may have there.