Man charged with murder of 12-year-old in Englewood

A 21-year-old man has been charged in connection to the murder of 12-year-old Marcell Wilson at an Englewood residence in January.

CHICAGO - A 21-year-old man has been charged in connection to the murder of 12-year-old Marcel Wilson at an Englewood residence in January.

Jaran Hughes, of Chicago, was identified as the person who shot Marcel in the chest on Jan. 2, while he was sitting on a bed with a group of people in a back bedroom in the 5500 block of South Aberdeen Street.

Hughes has been charged with first-degree murder.

According to prosecutors, Hughes had been kicked out of his girlfriends house on Jan. 2, and went over to the house where Marcel lived.

The accused gunman and one of Marcel's older siblings have been friends since third grade, and consider each other "family." The sibling snuck Hughes into the house, prosecutors said.

Marcel was inside of a bedroom playing a video game with his 13-year-old sister, who was sitting next to him.

Marcel's older sibling, who was friends with Hughes, was on the phone with his headphones on. Hughes was on the bed and FaceTimed his girlfriend.

During the FaceTime, prosecutors said Hughes' girlfriend saw him with a black semi-automatic firearm with an extended magazine on it, which the girlfriend says she has seen him with on multiple occasions. 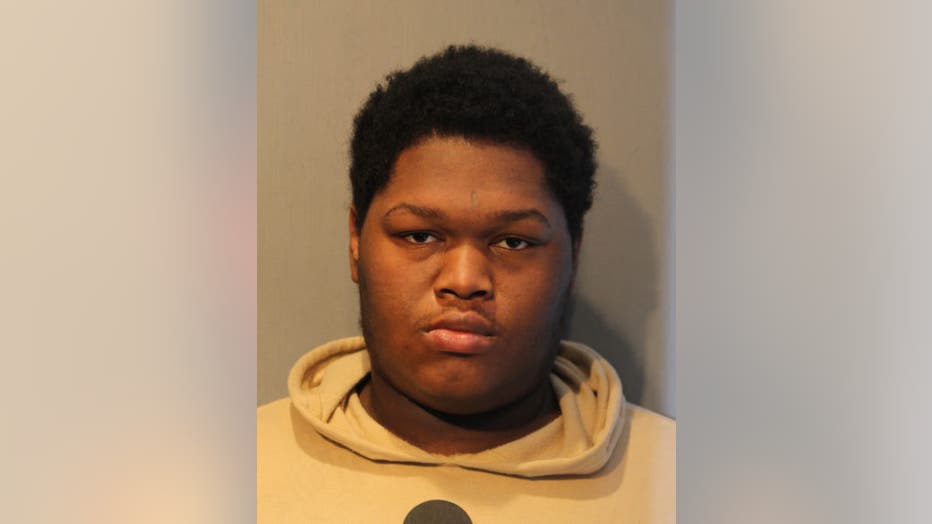 Marcel then teased Hughes about his girlfriend. At that time, prosecutors say Hughes pointed the handgun at Marcel.

Marcel and his 13-year-old sister then repeatedly asked Hughes to put the gun away, but he did not.

Moments later, Hughes allegedly racked the slide, pointed the gun at Marcel and fired one shot into Marcel's chest.

Marcel's 13-year-old sister witnessed the shooting, while Marcel's other sibling was still on his phone and did not witness it. However, the other sibling did see Hughes with the handgun.

Prosecutors say Marcel then ran out of the bedroom and ran toward his mother's room as he was holding his chest saying, "He shot me, he shot me."

He collapsed on the floor, and didn't make it to his mother's room.

Marcel's oldest brother then applied pressure to his wound.

Another witness was in the living room at the time and went to the back of the apartment where she allegedly saw Hughes picking up a spent shell casing, while armed with the handgun.

Hughes didn't say anything, and ran out of the residence, prosecutors said. He left his phone, jacket and one shoe behind.

A 12-year-old boy was fatally shot Sunday night sitting on a bed inside a residence in Englewood on the South Side, according to Chicago police.

Marcel was transported to the hospital, but died from his injuries.

Chicago police officers who responded to the call followed a set of footprints in the snow from the residence to an alley and located Hughes other shoe, prosecutors said.

A single 9mm shell casing was allegedly recovered from the bedroom of the shooting.

After executing two search warrants, authorities say conversations on two different Facebook accounts belonging to Hughes reveled that he allegedly told his girlfriend that his life is over because of what happened, and that he is going to be in jail.

He then fled the state, and an arrest warrant was issued.

Police determined that he was staying with cousins in Racine, Wisconsin. On Jan. 14, he was taken into custody there, and extradition began. On Tuesday, CPD took custody of Hughes and brought him to Cook County, prosecutors said.

Hughes is being held without bail.

"He was young, but he was a good little helpful boy," Gaither said. "He would help anyone clean up. Anything helpful, anything he could do. They paid him to clean up the yard, rake the yard, pick up the paper. He was really helpful to a lot of neighbors in the area."

"He liked to be a comedian. He loved to crack jokes, he loved to talk crazy," she said.

Marcel grew up on the South Side and had moved around in the area recently with his mother and father, Donna Gaither said.