Chicago police officers on Monday surprised a group of children with a new basketball hoop – after seeing them playing instead with a milk crate – and even stuck around to shoot hoops in the neighborhood.

CHICAGO - Chicago police officers on Monday surprised a group of children with a new basketball hoop – after seeing them playing instead with a milk crate – and even stuck around to shoot hoops in the neighborhood.

Officers from the Chicago Police Department’s 6th District "noticed a group of children in the neighborhood playing basketball using a milk crate as their hoop," Chicago Police Superintendent David O. Brown tweeted. "The officers saw an opportunity to help the kids with their game, so they got together to buy them a new hoop and basketballs."

Brown shared video showing two uniformed officers carrying a box with the new hoop inside. Another officer goes to the door and a woman walks a boy onto the deck covering his eyes with her hands.

The boy, then seeing officers carrying the gift outside on the lawn, yelled in delight, "Thank you!"

"Is that a little bit better?" an officer asks, giving the boy a high-five. "Yeah!" he says, jumping with excitement, and the officer asks again, "Yeah? You cool with that?" The officers then says they’re going to put the hoop together for the boy. 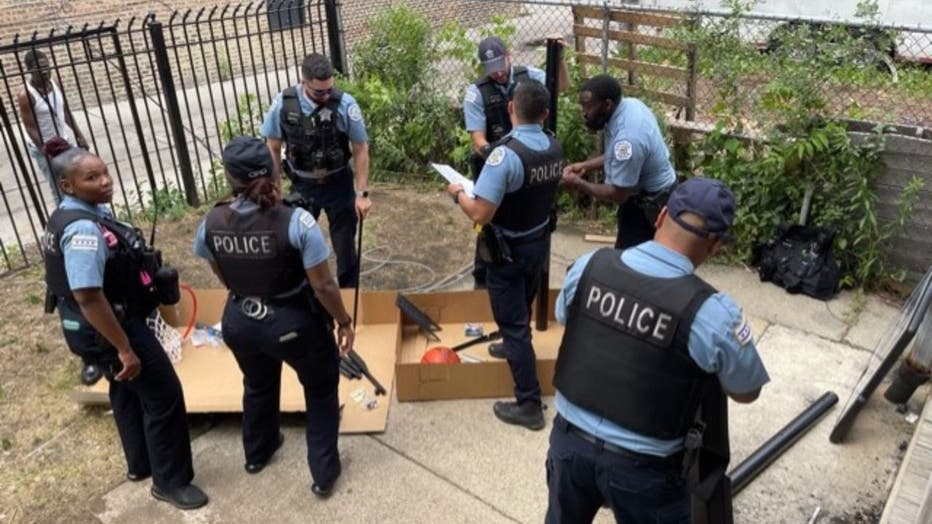 "We love to see the joy end smiles we bring to our youth," the Gresham district's commander, Senora Ben, also wrote, retweeting the video.

Several photos shared by Brown showed a group of at least nine officers in labeled police vests opening the box and reading the directions to assemble the hoop for the children. Once the hoop is erect, the officers pose with three boys and one girl holding their new basketballs in their front yard. 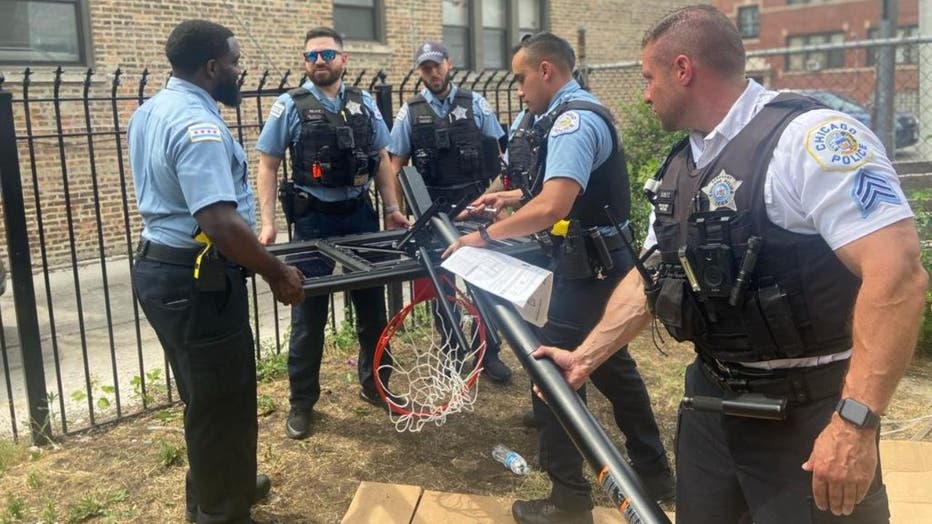 "They even stuck around to play a quick game of basketball with their new friends!" Brown wrote, sharing another video of officers shooting hoops with the children. "Not only did this make the kids happy, but it made my day too."

Video shows the officers and children shooting the balls from behind a fenced in area of pavement. "Nothing but net!" a female officer holding the camera can be heard cheering on one of the boys as he shoots. 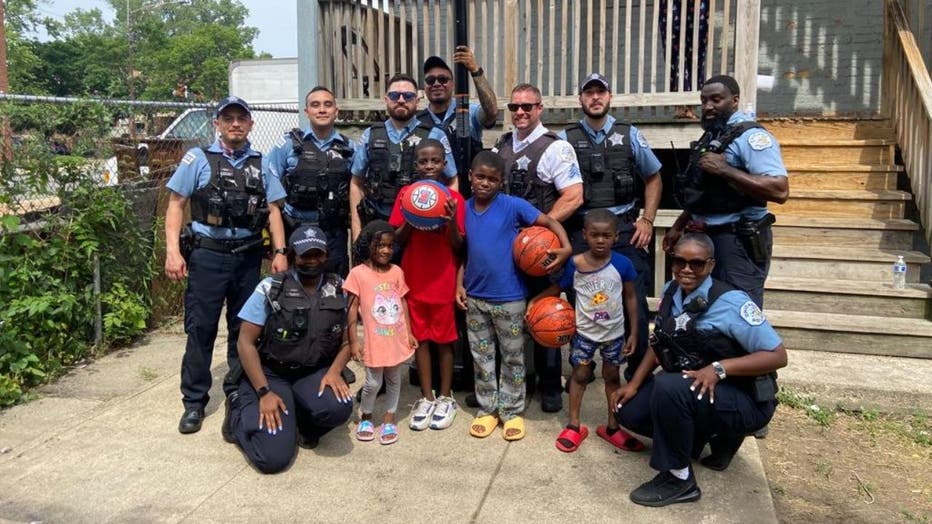