Child found in backseat of stolen, crashed car in Chandler

A child has been reunited with family after authorities say a suspect stole a car with the child inside in Phoenix before crashing it in Chandler.

The Arizona Department of Public Safety says troopers caught up with the stolen car after it crashed near Interstate 10 and Chandler Boulevard in the early-morning hours of July 22.

Troopers found the 3 year old in the backseat, but the suspect ran from the crash and remains on the loose. 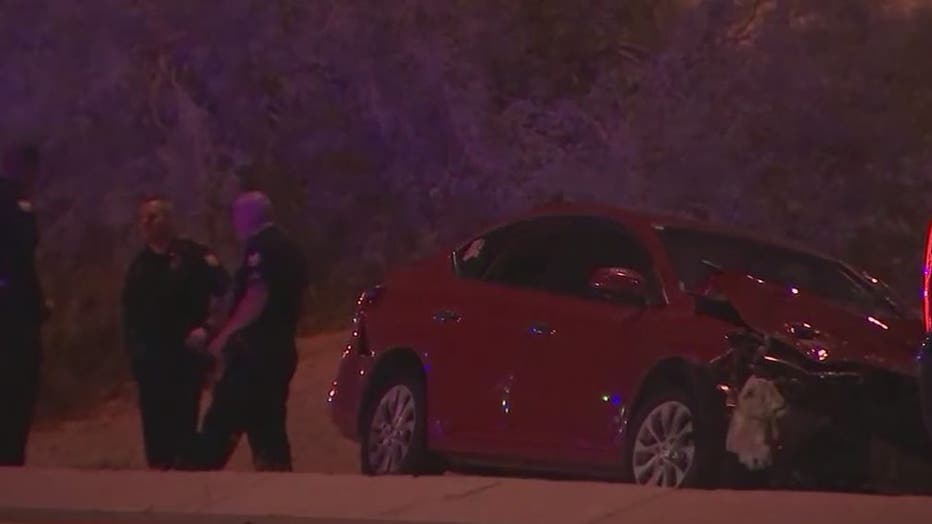 The Phoenix Police Department says the child was in the car when it was stolen near 16th Street and Washington just before 11:30 p.m. on July 21 after a parent left the vehicle running and went inside a store.

The child was not injured and was reunited with family.

A Phoenix police SUV that was in pursuit of the stolen vehicle rolled over near 15th Avenue and Grand while trying to avoid hitting another car. 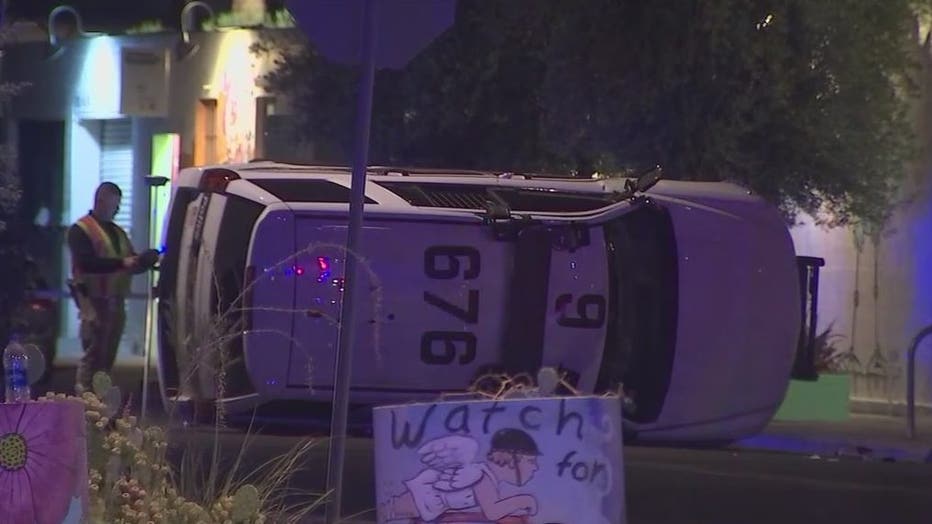 Police say the officer that was driving the SUV was hospitalized with minor injuries and has been released.

If you have any information, you're asked to call police or Silent Witness at 480-WITNESS.