Airport screenings for coronavirus expand in the U.S.

During a Tuesday news conference which included U.S. Health Secretary Alex Azar, Centers for Disease Control and Prevention (CDC) Director Robert Redfield, National Center for Immunization and Respiratory Disease (NCIRD) Director Nancy Messonnier, and National Institute of Allergy and Infectious Diseases (NIAID) Director Anthony Fauci, officials said the outbreak is a "potentially very serious public health threat" in the U.S., but the current risk to Americans remains low. To date, there are five confirmed cases of the novel virus in the U.S.

Azar said the Chinese have refused continued offers from the U.S. to send CDC officials to the country to help with the outbreak response. The offer was first made on Jan. 6, he said, adding U.S. officials have continued to urge more transparency from the country as the disease spreads. 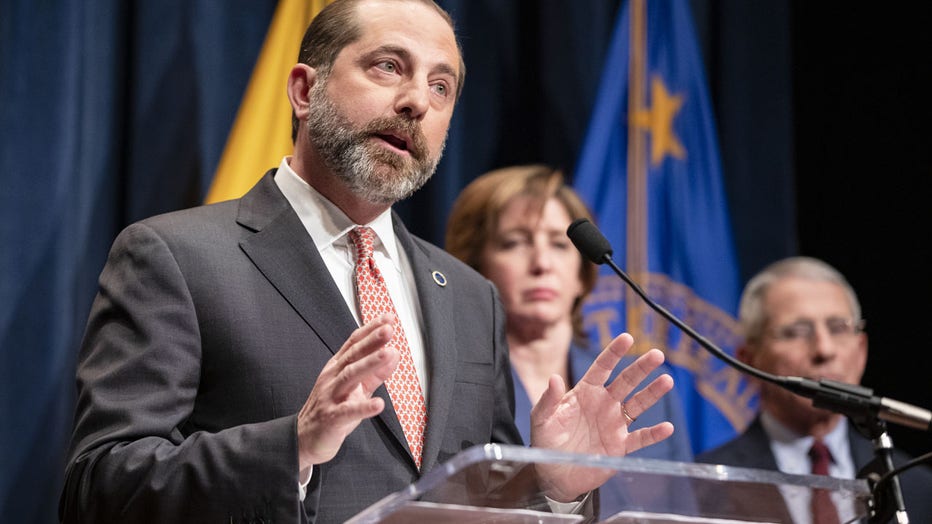 Health and Human Services Secretary Alex Azar speaks during a press conference on the coordinated public health response to the 2019 coronavirus (2019-nCoV) on January 28, 2020 in Washington, DC. The virus, which originated in Wuhan, China, has infec

However, Azar noted that China's overall response has been significantly better when compared to their response during the deadly outbreak of Severe Acute Respiratory Syndrome (SARS) in 2002-2003. At the time, China was accused of covering up the outbreak, which was not announced to the public until about five months after it began, according to The New York Times.

In recent weeks, Chinese government officials have said they've learned from "past mistakes" —  top officials have reportedly warned lower-level officials to not cover up the spread of the new coronavirus, which has been linked to an animal and seafood market in the city of Wuhan and is now said to be transmissible between humans.

During the press conference, Azar also noted that the country quickly made the virus's genetic sequence available to scientists, ultimately leading the CDC to create a rapid diagnostic test in a week's time.