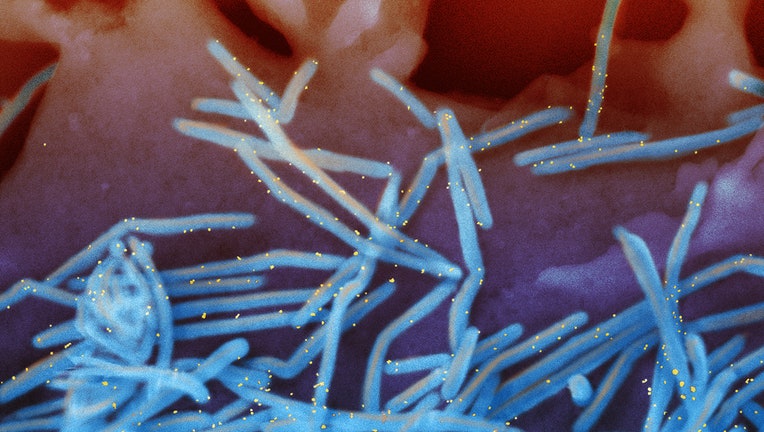 NEW YORK - The recent emergence of a virus that typically sickens children in colder months has baffled U.S. pediatricians and put many infants in the hospital with troublesome coughs and breathing trouble.

RSV, or respiratory syncytial virus, is a common cause of cold-like symptoms but can be serious for infants and the elderly. Cases dropped dramatically last year, with people staying home and social distancing, but began cropping up as pandemic restrictions eased.

The U.S. Centers for Disease Control and Prevention issued a health advisory on June 10 about an increase in RSV cases across parts of the South. Cases have appeared in many other states, too.

LaRanda St. John grew worried when her 6-week-old son, Beau, developed a bad cough a few weeks ago. The Mattoon, Illinois mom has a medical background and suspected RSV when she opened his sleeper and saw his chest heaving with labored breathing.

"The doctors office couldn’t get me in because they were flooded with people calling’’ about kids with similar symptoms, St. John said.

A positive test in the ER confirmed RSV. The infant developed a rapid heart rate and had to be hospitalized overnight. His 16-month-old sister, Lulabelle, also contracted the virus but was not as sick and didn’t need hospitalization.

St. John said she wondered if it might be COVID-19 because it's the wrong season for RSV.

"I can’t say I was relieved, because I know RSV is just as bad,’’ she said.

Children infected with either virus usually develop only mild illness but for some, these infections can be serious.

Among U.S. kids under age 5, RSV typically leads to 2 million doctor-office visits each year, 58,000 hospitalizations and up to 500 deaths — higher than the estimated toll on kids from COVID-19.

Among adults aged 65 and up, RSV can lead to pneumonia and causes almost 180,000 hospitalizations and 14,000 deaths yearly. Cases in kids and adults usually occur in fall through early spring.

Off-season cases in Australia were a tip-off that the same might happen in the United States, said Dr. Larry Kociolek, an infectious disease specialist with Chicago’s Lurie Children’s Hospital.

Typically, infants are exposed to RSV during the first year of life, often when older siblings become infected in school and bring the virus home, Kociolek said. But, he added, ‘’there were a lot of kids and babies who were not exposed to RSV in winter of 2020 and winter of 2021. That just leaves a much larger proportion of susceptible infants.’’

In infants, symptoms may include fussiness, poor feeding, fever and lethargy. Children may have runny noses, decreased appetite, coughs and wheezing.

But in very young infants and those born prematurely, the virus can cause small airways in the lungs to become swollen and filled with mucous. Babies who develop this condition, called bronchiolitis, may require hospitalization and oxygen or ventilator treatment.

There is no approved treatment for RSV, although a once-monthly injection of an antibody-based medicine is sometimes prescribed before and throughout RSV season to help prevent severe RSV lung problems in premature infants and other babies at risk for serious disease.

Reinfections are common but typically cause milder symptoms than the initial illness.

Kociolek said the recent unusual surge in cases could be partly due to more testing because of COVID-19 fears. In usual times, parents may dismiss RSV symptoms as nothing serious but now may fear they signal the pandemic virus.

RSV spreads through contact with airborne droplets from an infected person, but it’s much more likely than COVID-19 to linger on skin and other surfaces including toys, which can also be a source of transmission.

RSV is among reasons why daycare centers and preschools often have strict policies about keeping kids with coughs home from school.

Despite strict cleaning measures, several children at her center have become sick with RSV in recent weeks, including her own 4-month-old son. He had violent coughing spells and was prescribed medicine often used to treat breathing problems in asthma, but did not need to be hospitalized.

She called the summertime outbreak at her center "just weird.’’

"It didn’t even cross my mind that it would end up being something like RSV,’’ Blackwell said.

Dr. Mary Caserta, a member of the American Academy of Pediatrics’ infectious diseases committee and a professor at the University of Rochester, said parents should be aware of the unusually timed virus activity and seek medical care if babies appear very ill or have trouble breathing.

RSV is one reason why pediatricians often caution parents of young babies to avoid crowds in winter cough and cold season.

"COVID has made people so hungry to be with other people that it would be hard now’’ to make the same recommendation, Caserta said.

Whether the unusual summertime virus activity foreshadows less-than-usual RSV this coming winter is uncertain, she said.

"I’ve given up in any way trying to forecast the future,’’ Caserta said.