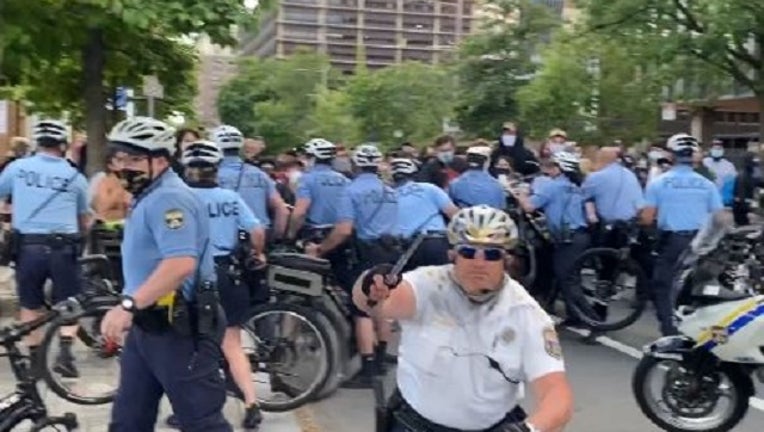 Police Staff Inspector Joseph Bologna also has been charged with reckless endangerment and possession of an instrument of crime.

Police Commissioner Danielle Outlaw had said earlier Friday that the officer had been taken off street duty during the investigation.

Video circulating widely on Twitter shows Bologna hitting a 21-year-old Temple University student in the head and neck area with a baton, before the student is knocked to the ground and another officer put his knee on him to keep him down.

The FOP released the following statement:

Jonathan Feinberg, an attorney representing the protester, Evan Gorski, said Friday that the engineering student was at home recovering from his injuries after being in custody for almost 40 hours earlier this week.

Gorski needed about 10 staples and 10 stitches to close his wound, Krasner’s office said.

Outlaw said her agency was reviewing videos that showed police officers in violent confrontations with people protesting the death of George Floyd.

What started as peaceful protests last weekend and the following days quickly collapsed into chaos and violence in Philadelphia. Officers were tasked with trying to tame rioting and looting that caused destruction to private and city property.

As a result, the department has arrested over 750 people for various crimes related to the riots.