PHOENIX - Authorities say two people are under arrest following one of the largest fentanyl pill seizures in Arizona's history.

According to a statement released by the United States Department of Justice, a DEA taskforce that was led by a Phoenix Police sergeant and comprised of Phoenix Police detectives and DEA (Drug Enforcement Administration) agents were investigating alleged drug trafficking activities by 24-year-old Marcelino Ontiveros Quintero, and during a surveillance operation, they requested help from DPS officials to facilitate a traffic stop. 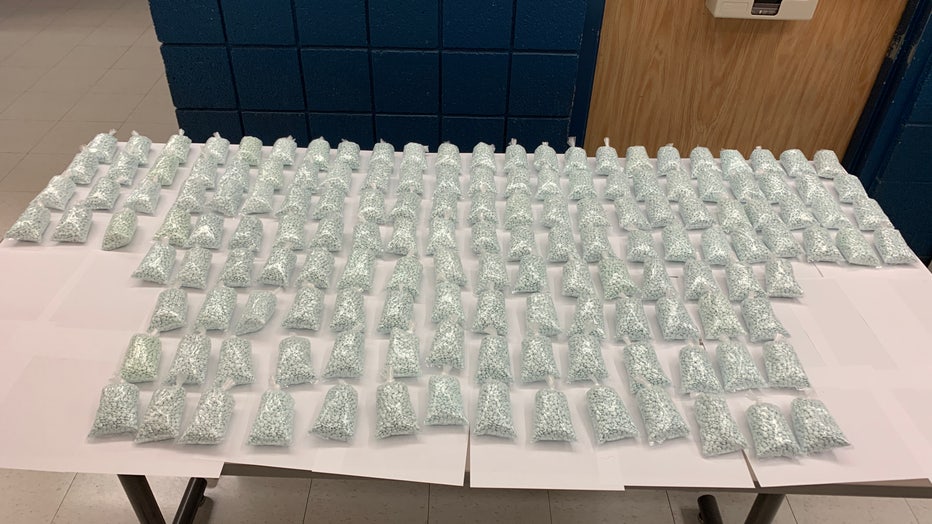 Justice Department officials say during a search of the car, authorities found about 165,000 fentanyl pills. Ontiveros Quintero was identified as a passenger in the car, which was driven by Norma Ibarra Justo. A subsequent search on homes in Phoenix and Peoria yielded 4,000 additional fentanyl pills.

The total street value is the drugs is $3 million.

"We are talking about a very deadly substance in such small quantities it can be lethal to anyone who doesn't have an opioid tolerance built up," said DEA Spokesperson Erica Curry. "These 169,000 pills, it can have a varying amount of fentanyl. They have no quality control, and what makes them that much more deadly is they look like legitimate oxycodone pills, They don't contain an active ingredient. It is just fentanyl with other ingredients."

Both Ontiveros Quintero and Ibarra Justo, officials say, have been booked into the Maricopa County Jail.