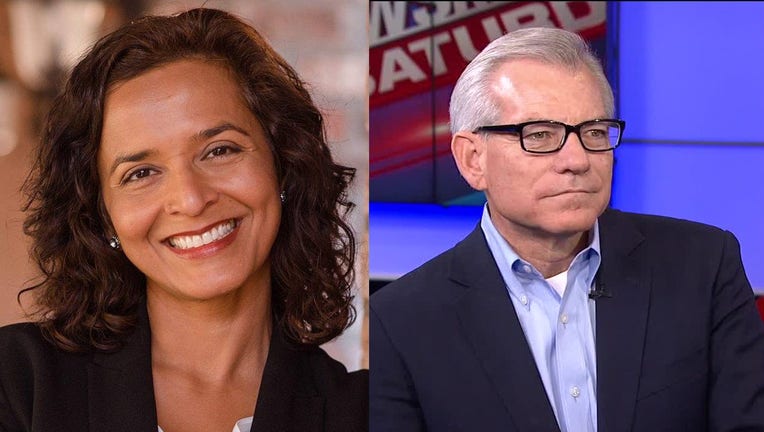 GLENDALE, Ariz. (AP) — Arizona voters go to the polls August 4 to cast ballots in primary races for nine seats in the U.S. House, but much of the attention will be on the Democratic primary in 6th Congressional District.

Democrats see the 6th District, a Republican stronghold which covers much of north Phoenix, Paradise Valley, Fountain Hills and Scottsdale, as winnable because of a long-running ethics investigation into five-term GOP incumbent Rep. David Schweikert.

The House Ethics Committee investigation was wrapped up July 30, with Schweikert admitting to 11 violations and agreeing to pay a $50,000 fine. The panel concluded he used congressional staff in his campaigns, pressured them to do political work and received gifts or a loan from an employee, and that he committed a series of campaign finance violations.

Schweikert had denied wrongdoing, but took responsibility for the problems in a letter to the committee that also said he agreed to settle the case in part because it was “was time consuming and extremely costly.” He's unopposed in the Republican primary, but used tens of thousands in campaign funds to hire lawyers, leaving him underfunded for a real challenge.

That challenge is coming from four Democrats, one of whom will emerge Tuesday to take on Schweikert in November.

They include Dr. Hiral Tipirneni, a physician who lost special and general election efforts in 2018 to win the GOP-heavy 8th District but earned strong name identification and has far outraised the other three Democrats on the ballot. She’s running television campaign ads that don’t mention the other Democrats.

Another top contender is tech entrepreneur Anita Malik, who challenged Schweikert in 2018.

Rounding out the field are business owner Stephanie Rimmer and Karl Gentles, a public relations agency owner, who are less well known in the district.

Malik lost by 10 percentage points in 2018, but along with Tipirneni is considered a top contender. She said the base of support she built in that race and voter discontent with President Donald Trump make the 6th District winnable for Democrats.

“It is really possible and it is just math,” Malik said of beating Schweikert in November, noting that some Republicans are turned off by Trump.

Despite Tipirnini's huge fundraising edge, Malik thinks she can win and that she is in the best position to tell voters how Schweikert has failed the district on economic issues.

“I think I’m the one that can really speak to those issues and go head to head with him on those issues,” she said.

Tipirneni said she's focused on beating Schweikert in November and has raised $2.5 million compared with Malik's $244,000.

“The goal is to beat David Schweikert and I’m not looking to knock any of my fellow Democrats," Tipirneni said. "It’s up to me to make my case to the voters, and that’s what I have done and that’s what I will continue to do to earn their support.”

She is again focusing on health care as the major issue in the race, an issue Democrats see as a winning argument.

“Folks are still very much concerned about access to affordable quality healthcare, about the affordability of their medications, their prescriptions drugs,” Tipirneni said. “There’s still very much of a crisis and as long as there’s a crisis I’m ready to fight on behalf of all Arizonans.”

Malik said she thinks the race will be close, but is happy with her position in the final week of a coronavirus-truncated campaign.

“I think a four-way split will naturally make that happen, but we have a very strong base in place,” she said.

“It's going to be very difficult for them to win CD6,” he said Thursday.

In other congressional primaries, Democratic Rep. Tom O’Halleran is trying to fend off a challenge in the sprawling 1st District, a swing district that leans Democratic. The moderate Democrat is being challenged in the primary by former Flagstaff City Councilwoman Eva Putzova, a progressive champion.

On the GOP ticket is Tiffany Shedd, an Eloy farmer, and Nolan Reidhead, a lawyer and Payson native who lives outside the district, in Tucson.

The GOP hopes to wrest away the district, putting up Brandon Martin, Morgan Joseph and Noran Eric Ruden. Martin lost in the district’s 2018 primary, Joseph works for a local community college and Ruden is a business owner.

Rounding out the competitive congressional races is the Republican primary in the 9th District, a Democratic stronghold that takes in Tempe and parts of the eastern Phoenix suburbs. Democratic Rep. Greg Stanton faces no primary opposition, but three Republicans are vying for the chance to take him on in November. They are Gilbert business consultant Dave Giles, Chandler City Councilman Sam Huang and Phoenix pharmacist Nicholas Tutora.

Voters also will decide primaries in the 3rd, 4th, 5th, 7th and 8th congressional districts, where incumbents either have no opponents or appear certain to advance to November.

Early voting for the primary election started on July 8 when ballots were mailed to voters on the Permanent Early Voting List, voters who requested a ballot-by-mail and in-person early voting at county recorders' offices and other designated early voting locations.