The student told their counselor that their 5th grade teacher had made comments Wednesday about killing herself, students and staff at St. Stanislaus School, East Chicago police said.

EAST CHICAGO, Ind. - A teacher at a Catholic elementary school in East Chicago was charged Friday after telling a 5th grader earlier this week that she had a "kill list" and the student was on it, police said.

Around 5 p.m. Wednesday, East Chicago police responded to St. Stanislaus School, located near 150th Street and Indianapolis Boulevard, for a report of threatening comments made by a teacher to one of her students.

"I’m worried for my child’s safety," said Kirsten Saldivar, the parent of a Pre-K student at St. Stanislaus School. "A child should not have to fear going to school every day, especially in such a small community of a school."

According to police, a 5th grade student told the school counselor that a teacher — identified by police as 25-year-old Angelica Carrasquillo-Torres — made comments about killing students and staff at the school.

Carrasquillo-Torres further told the student that she was suicidal and had a "kill list" – telling the student they were on the bottom of the list, police said.

The 5th grader brought the disturbing comments to the attention of school officials at about 12:45 p.m. Wednesday, yet it took four hours for those adults to report the incident to police.

Police said they did not receive a report of the incident until about 5 p.m., and immediately responded at that time.

"We knew nothing and we went about our normal schools days like nothing was wrong," said Saldivar.

"I’d be furious and scared at the same time," one nearby resident said of the shocking allegations.

After the student told their counselor about the comments, police say Carrasquillo-Torres was immediately escorted to the principal's office where she allegedly admitted to making the comments and confirmed she did in fact have a "kill list."

"The original email that we received last night had no information of what was going on other than there was an issue in that specific classroom," said Saldivar. 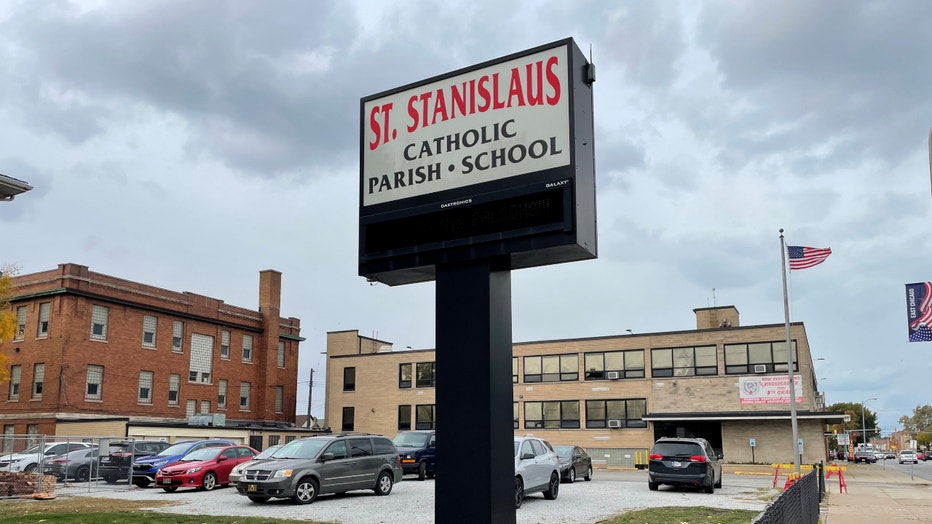 Parents, like Saldivar, say they are devastated by the situation and the school’s handling of it.

On Thursday, East Chicago police obtained an emergency detention order from the Lake County Prosecutors Office, and Carrasquillo-Torres was taken into custody around 11:15 a.m. at her home in Griffith, Indiana. Police said she is currently in custody in the hospital on a psychiatric hold.

Carrasquillo-Torres is facing felony charges for the alleged threats, according to prosecutors. She is being held on a $20,000 bond.

"The teacher was removed from the classroom and escorted to the principal’s office, where she remained under supervision and had no further contact with students."

After students were dismissed on Wednesday, Foy said "the teacher was escorted off campus and the East Chicago police department was notified at approximately 4:45 p.m."

Foy went on to say that the well-being and safety of students and staff is "a top priority."

In response to this incident, the school has moved to an E-learning environment for Friday, Oct. 14.