They also found that the seaweed modified gut microbe composition by increasing the number of bacteria that are beneficial for colon health (the same kind of bacteria found in probiotics).

GAINESVILLE, Fla. - Eating seaweed that grows near the Florida Keys could protect against colon cancer and inflammatory diseases of the digestive tract, according to research from the University of Florida College of Pharmacy.

Researchers conducted a multi-year study to identify the compounds in seaweed that contain anti-inflammatory properties as well as the mechanisms that cause these compounds to reduce inflammation. Their findings were published in the journal Free Radical Biology and Medicine.

Cancer rates are low among populations in Asia and the Pacific Islands, where people eat a lot of seaweed, and though researchers have previously hypothesized that these two factors were related, the study’s authors said there hasn’t been enough research to explain the mechanistic activities responsible for the anti-cancer and anti-inflammatory qualities of seaweed.

After analyzing the seaweed’s effect in multiple cell-based and animal models, researchers discovered that it activated the signaling pathway (a group of molecules in a cell that work together to control one or more cell functions) responsible for fighting off inflammation and resulting digestive diseases. They also found that the seaweed modified gut microbe composition by increasing the number of bacteria that are beneficial for colon health (the same kind of bacteria found in probiotics).

“This is an exciting finding because colon inflammation impacts so many health conditions, including inflammatory bowel disease, Crohn’s disease and is a potential precursor for colon cancer,” said Hendrik Luesch, Ph.D., a professor and chair of medicinal chemistry. He is also the Debbie and Sylvia DeSantis Chair in Natural Products Drug Discovery and Development in the UF College of Pharmacy and an affiliate member of the UF Health Cancer Center. 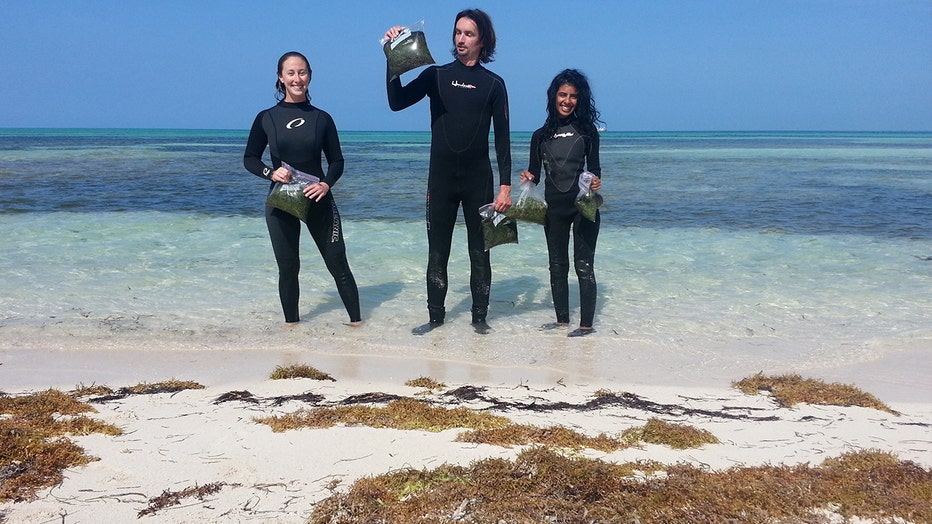 UF researchers collected samples of Cymopolia barbata, a type of marine alga that originates in the Caribbean Sea and the Atlantic Ocean, which they sourced off the coast of Boca Grande Key, an island about 15 miles west of Key West, Florida.

“We focused on one particular Florida seaweed and pinpointed compounds responsible for the majority of the host- and microbiota-mediated activity,” said Luesch, the lead researcher on the study. “Through RNA sequencing of colon tissues, we identified dual beneficial effects on host signaling pathways and gut microbiome, which could have health benefits for the consumer.”

Luesch said that if specific seaweed components can protect healthy cells or reduce the stress on inflamed digestive cells, then it’s possible that these components could prevent the development of inflammatory diseases.

“With any stress response, regulation needs to be tightly controlled,” Luesch said. “Further studies are needed to determine potential dosage and side effects, among many other considerations, before the clinical potential can be fully understood. Additionally, early data suggests this seaweed positively regulates bacteria in the digestive tract that predict responsiveness to immunotherapy for cancer, which means consuming this seaweed might prime patients for a successful outcome with this type of cancer therapy.”