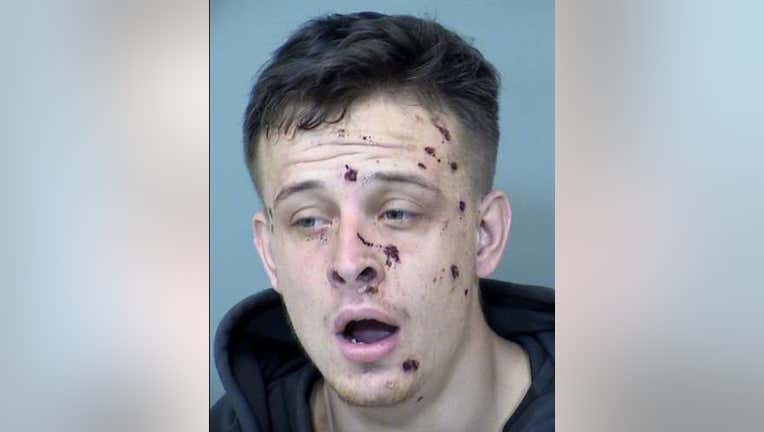 PHOENIX - A multi-state manhunt has come to an end after an escaped prison inmate wanted for shooting a New Mexico police officer was taken into custody in Phoenix.

Phoenix police got a tip and arrested Elias Buck, 22, of Durango, Colorado early Friday morning at a convenience store near 27th Avenue and Northern.

"When officers got there, Buck took off running but was quickly tackled by officers and taken into custody after a short struggle," police said in a statement.

On Dec. 27, Buck had scaled a fence and escaped from the La Plata County jail in Durango after being arrested Dec. 7 on suspicion of motor vehicle theft, the Durango Herald reported.

He was considered armed and dangerous after he allegedly shot a Farmington, New Mexico police officer multiple times more than a week later on Jan. 7 during a DUI stop.

According to Farmington police, the shooting occurred when the officer tried to detain Buck after seeing him and a female companion walking after a car in the area had been reported as possibly being involved in drunken driving.

Buck has been booked into Maricopa County Jail on several fugitive of justice warrants.