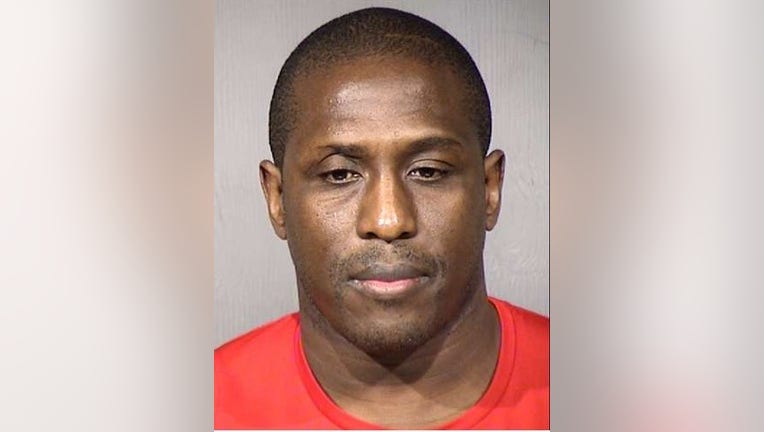 PHOENIX - A former University of Arizona football player and son of an ex-NFL coach is arrested, and accused of running a prostitution ring.

Chandler Police led the investigation into Mikal Smith, who has been booked at the 4th Avenue Jail and accused of nine offenses, eight of them felonies. Court documents claim Smith used constant surveillance and threats of retaliation to control the alleged victim.

Smith's father, Lovie Smith, is the head football coach of the University of Illinois, as well as the former head coach of the Chicago Bears.

In addition to Mikal, there's also a co-defendant in the case who investigators say helped maintain the illegal prostitution enterprise. That person identified as Aprel Rasmussen, is accused of multiple offenses including conspiracy, illegally conducting an enterprise, money laundering, pandering, receiving earnings of a prostitute, and sex trafficking.

The criminal complaint reveals the two suspects allegedly induced and encouraged a woman to engage in acts of prostitution for more than two months. Investigators say Smith and Rasmussen operated the ring between December 2018 and September 2019

"I really have to give credit to law enforcement. They do these long-term investigations, they do take a long time and it's not an easy investigation and they dedicate their work to rescuing and restoring justice to victims of human trafficking," said Stacey Sutherland, Director of the Arizona Anti-Trafficking Network.

The Arizona Anti-Trafficking Network partners with the Attorney General's Office and the Department of Homeland Security.

"We know that traffickers come here to Arizona," said Sutherland. "We know that it is all around Arizona. It's not just gonna be in Phoenix. We have it spread out."

Sutherland helped build the Safe Action Project, a training program designed to help the tourism industry identify and report sex trafficking. According to the project, 57% of victims have been trafficked in hotel rooms.

"We break it down so they can look for things that are suspicious and things that they can report to their security and law enforcement," said Sutherland.