A 2-year-old girl died late Wednesday night and her brother was critically hurt when a speeding van, allegedly driven by their drunk mother, crashed into another car and a median. Neither of the children were buckled in.

DETROIT (FOX 2) - The mom of a 2-year-old baby who died after being ejected from her car was speeding and drunk, according to the woman's mom - who now is hoping she doesn't lose another grandchild.

Tammie Ross said her granddaughter, Vanessa, was killed on the Southfield Freeway late Wednesday night. The woman responsible, Ross said, is her own daughter and the mother of Vanessa. She said she was drunk and speeding with both of her kids in the car and not safely buckled in.

Ross said her 30-year-old daughter, Nyasia, was driving drunk north on Southfield at Outer Drive in Allen Park. She was also speeding when her car hit another car in the right and careened over to the median and crashed.

Vanessa was killed while 3-month-old Raylon was thrown from the van. 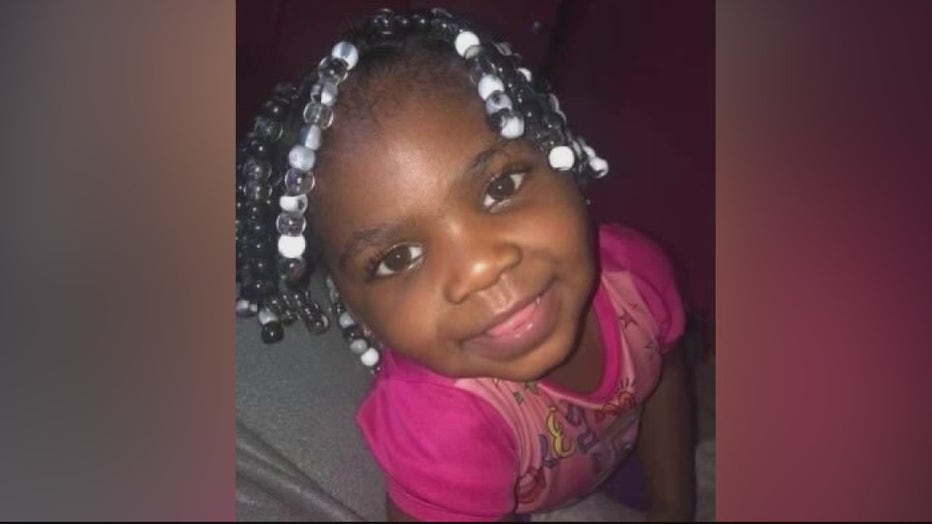 Vanessa, 2, was killed Wednesday night. Her grandmother said her own mother was drunk and speeding on the Southfield Freeway.

"I hope I won't be getting hit with a double whammy losing two grandkids," Ross said.

Raylon is in critical condition with a skull fracture and brain bleed. He was in a car seat, but not strapped in. Vanessa wasn’t buckled at all.

Her aunt, Poppy Shirley, said Nyasia is an alcoholic who the family has tried to help many times in the past.

"Keep your child in a seatbelt, car seats whatever they are supposed to be in. Don’t even drive drunk with your kids," Shirley said. "She always makes it seem like we're a bad family but we're not a bad family we look out for her."

Nyasia has been in trouble for drunk driving before and, while she's not in custody right now, she will likely be charged.

The Michigan State Police said they are waiting on a toxicology report before pursuing any possible charges.

A gofundme for the funeral has been setup online. You can find it here.