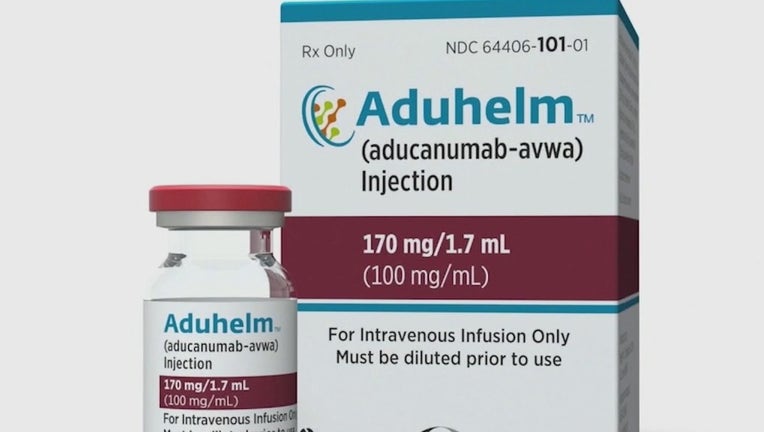 PHOENIX - A new drug for Alzheimer's disease has been approved for the first time in nearly 20 years, and studies show it can slow the brain-destroying disease.

Atri says that studies show the new drug Aduhelm slows down the decline of someone suffering with the disease.

"It slows decline by 20 to 30%, and it shrinks the tumor in the sense that it clears the amyloid," the doctor explained.

The drug clears the brain of one of the two major proteins, amyloid protein found in brain plaques, that cause the disease, according to Atri. However, the drug is only for patients in the early stages with mild symptoms, not for those already suffering from moderate stages of dementia and beyond.

"I’m very much wanting drugs to move forward for many more people to get," said Geri Taylor, drug trial participant.

Taylor started receiving the drug in 2015, and while she says she is still on the decline with her disease, being part of the trial has made a difference.

"I would be in worse shape, probably significantly," Taylor said.

The drug has not come without concerns, however. Another study shows it does not slow the progression of the disease, causing controversy among doctors.

The Food and Drug Administration still granted it accelerated approval, and Dr. Atri thinks that was the right move.

"It affects all of us, and that's why it's so important to support advancements," Atri said.

The drug has just been approved, so it will be a while until it will be available. It would cost $56,000 for a year of treatment before insurance.