EAST LAKE, Fla. - The daughter and son of a woman who died in a gas station fire in Pinellas County tried to control the blaze when it occurred and save their mother, troopers revealed Thursday.

Florida Highway Patrol troopers said the children were alongside a good Samaritan when the fire broke out Wednesday at the Shell gas station on East Lake Road, just north of Tampa Road.

According to Florida Highway Patrol, a 66-year-old Palm Harbor woman backed her vehicle into one of the gas pumps, causing it to fall onto a woman pumping gas into her SUV.

Troopers said she was pinned between the gas pump and her vehicle before the exposed gasoline caught fire.

That's when her two children, an 11-year-old son and a 14-year-old daughter, jumped out to try to save their mother, along with the good Samaritan. 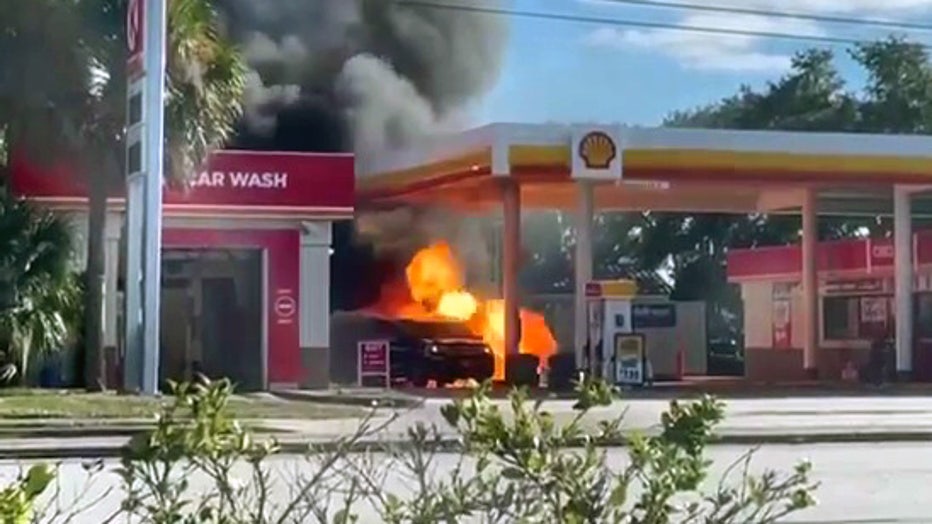 "When he saw the fire was uncontrollable," according to an FHP statement, "he moved the children away from the blaze." 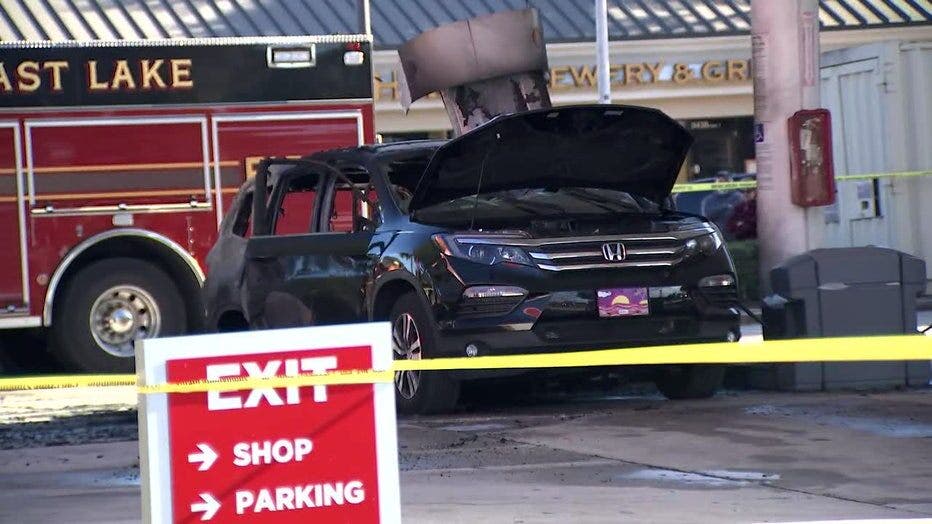 FHP has not publicly identified the woman, but according to a GoFundMe effort created by the East Lake High baseball coach, she was identified as Shoi Caballes, who was a mother of five.

"Anyone in the East Lake and surrounding areas who has met or knows this family through sports, church or any avenue would all say how amazingly special they truly are. I feel blessed to have gotten to know this family through coaching there [sic] oldest son."