PHOENIX - Phoenix Fire crews put out a massive fire that broke out at a four-story apartment complex under construction late Sunday night near Downtown Phoenix.

The fire burned near 600 West Grant Street, just off of 7th Avenue.

Videos and photographs shared by the fire department showed a massive blaze on the western edge of the Arizona city’s Warehouse District and less than a mile south of the Sandra Day O’Connor U.S. Courthouse.

Phoenix Fire crews are battling a large fire near downtown Sunday night. The fire is burning near 600 West Grant Street, just off of 7th Avenue. 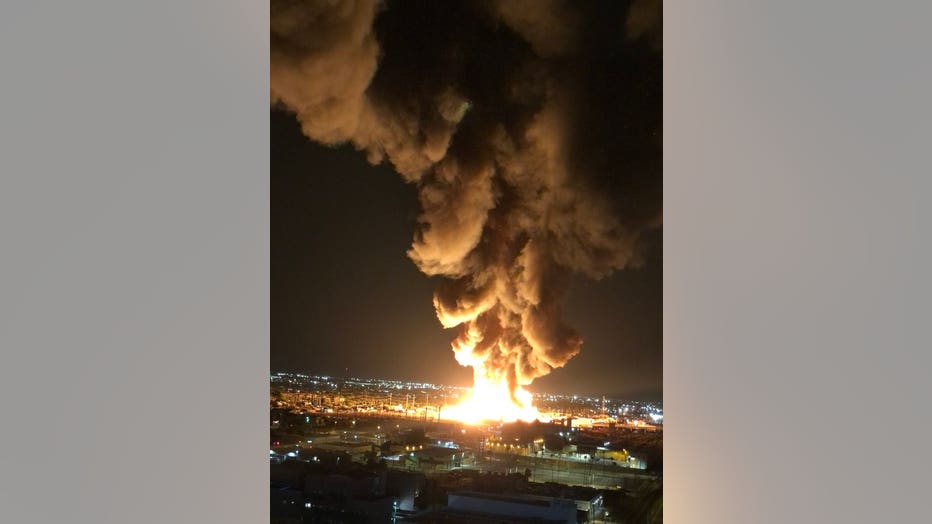 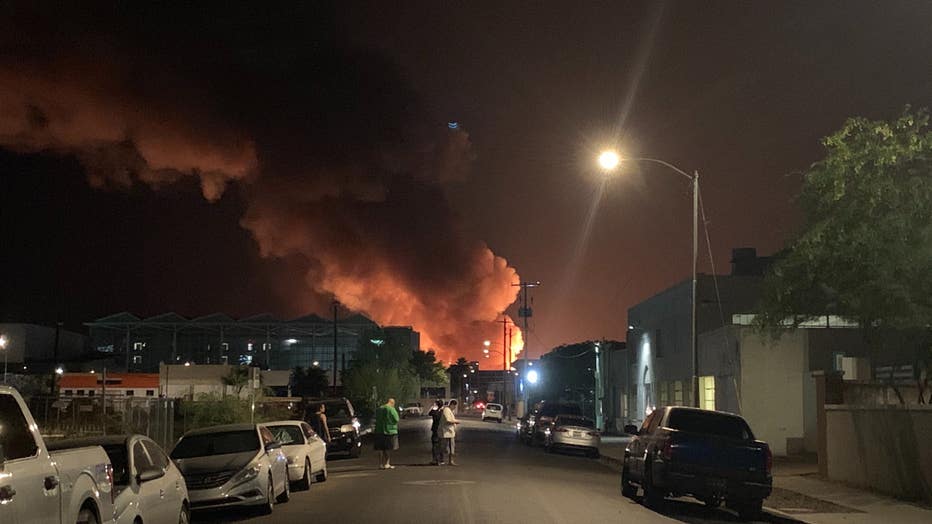 Crews say the building was 40% completed when the second-alarm fire broke out. Hundreds of firefighters responded to the scene to battle the fire.

Phoenix police said there were initial reports of a shooting in the area, but it was determined no shooting took place. Arrests were made in connection to an argument between a group of people who were armed, but no shots were fired.

The Arizona Department of Transportation tweeted photos of the fire that could be seen from miles away.

More than 1,800 people were without power nearby, according to an Arizona Public Service electric utility’s outage map that cited service interruption to a major power line as the reason. It wasn’t clear whether the outage was related to the fire, and power had been restored by early Monday, according to the outage map.