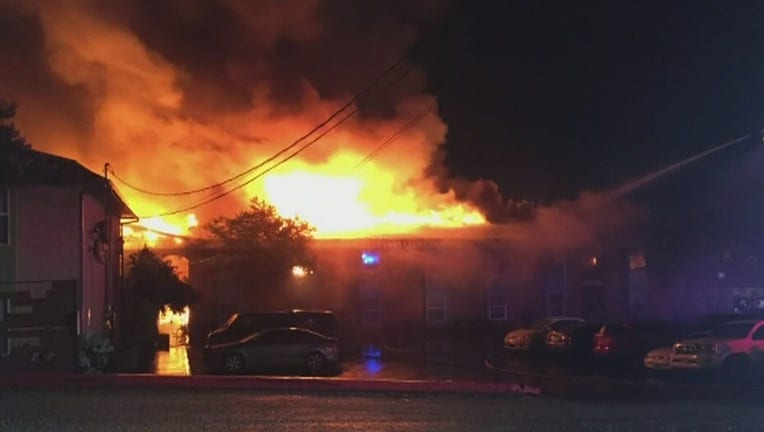 A fifth body has now been recovered from the scene of the fire in San Marcos at the Iconic Village apartments and Vintage Pads apartments.

The bodies have been transported to the Travis County Medical Examiner's office for identification.

Officials say that search and recovery efforts continue as the exact number of victims is still not known at this time.

The victims have not been identified. The cause and origin of the fire has still not been determined but officials say that could take weeks or even months to figure out.

A resource center is being hosted by the city for all residents of Iconic Village Apartments and residents of buildings L and M of Vintage Pads Apartments beginning July 24 and July 25 at the San Marcos Activities Center starting at 10 AM.

Buildings that were not affected are being examined to make sure they are structurally sound before residents can move back in.

The fire happened just before 4:30 a.m. at the apartment complexes on Friday, July 20 in San Marcos.

At least seven people were injured in the fire at the apartment buildings on Friday.

One person suffered critical injuries in the fire and was transported to Brooke Army Medical Center for treatment. Six others suffered non life-threatening injuries with two of these currently receiving treatment in the Seton Medical Center Hays trauma unit.

Officials estimate that approximately 200 residents have been affected by the fire.

The BATF National Response Team, a resource available to local agencies dealing with fires of this magnitude, is leading the fire investigation in conjunction with the State Fire Marshal's Office and the City of San Marcos Fire Marshal.