FLORIDA CITY, Fla. - A Florida man was arrested last week on kidnapping charges after allegedly threatening a 17-year-old girl in a grocery store parking lot and forcing her to drive him and another woman through a coronavirus highway checkpoint into the Florida Keys, authorities said.

Alexander Michael Sardinas, 37, has been charged with kidnapping and false imprisonment and is being held at the Monroe County Jail in lieu of $50,000 bail, according to court records.

He and a woman identified as 43-year-old Michelle Lynne Peterson hailed a taxi to head into the Florida Keys on Thursday but were turned away at the U.S. 1 checkpoint at mile marker 112.5, according to the Monroe County Sheriff's Office. Despite both living there -- Sardinas in Tavernier and Peterson in Islamorada -- they lacked the proper identification and paperwork proving either residency or that they held jobs in the Keys, Adam Linhardt, a sheriff’s office spokesman, said. 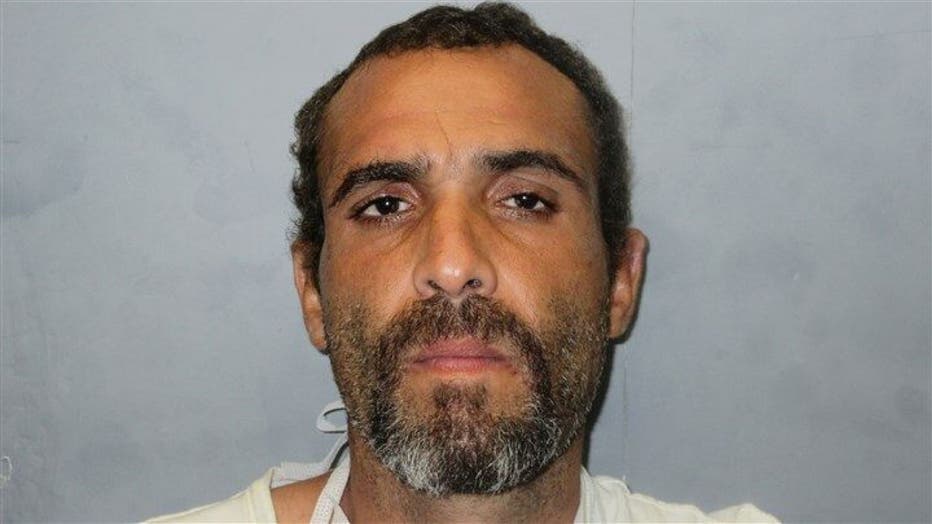 After the taxi dropped them off on the side of the road, a Florida Highway Trooper spotted them arguing and gave them a “courtesy ride” back to Florida City, Linhardt said, according to the Associated Press.

Later that day, Sardinas approached a 17-year-old girl in a Publix parking lot. Police said the young woman was traveling from her father’s house in Homestead out to her mother’s in Key West, but had made a pit stop at the grocery store around noon. She was targeted because her vehicle had the proper hurricane re-entry sticker and a Monroe County license plate that would clear her to pass through checkpoints.

Though there was no evidence Sardinas was armed, the man allegedly threatened to harm the girl if she touched her cellphone, according to the sheriff’s office. The girl then drove Sardinas and Peterson through the checkpoint, showing deputies her license, which has a Florida Keys address.

She later told detectives she did not tell the deputies at the checkpoint she was being held against her will because she was scared. Once cleared to pass, the girl then let Sardinas out at a gas station in Tavernier, drove Peterson to a CVS at mile marker 92, and, when both were finally out of the car, pulled over to call a family member, according to the sheriff’s office. The family then called to report the incident.

“I am relieved this suspect is currently sitting in jail and the young victim in this case was not seriously hurt,” Sheriff Rick Ramsay said in a statement, according to WPLG. “I want to thank and commend my staff as well as our partners at the Florida Highway Patrol for quickly putting two and two together that resulted in a quick arrest.”

After authorities issued a “be-on-the-lookout” notice, Sardinas, who has a lengthy arrest record, including charges of cocaine possession, grand theft and burglary, was picked up by deputies at mile marker 92. The girl identified Sardinas as her captor in a police line-up.

Peterson was found at her home in Islamorada but was not immediately arrested. Linhardt said “more arrests and charges may be pending in this case.”

The Florida Keys, a string of islands stretching about 120 miles off the southern tip of the Florida mainland, has been closed off to visitors since March 22 as part of an effort to contain the spread of COVID-19 from infection hotspots in Broward and Miami-Dade counties.

Authorities set up checkpoints on U.S. 1 and State Road 905, the two main roads reaching the archipelago, allowing only vehicles with the proper identification to pass. The lockdown restrictions against tourists are set to expire June 1, according to The Florida Keys & Key West official website.