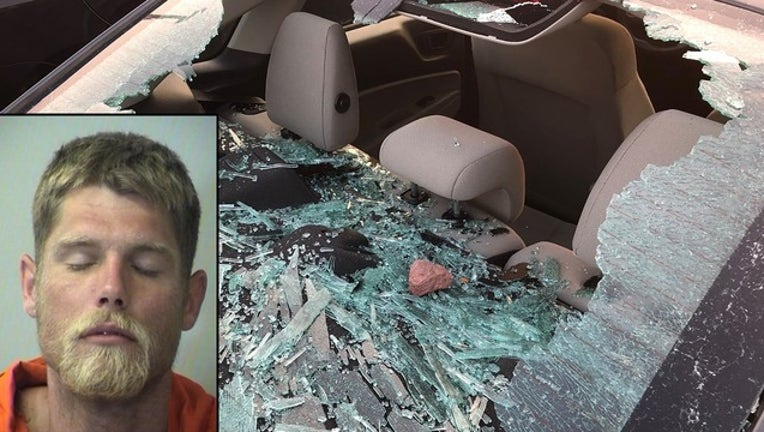 OKALOOSA, Fla. - A Florida man went on a vandalism crime spree because he claimed that President Donald Trump owed him money.

"Witnesses say Wilson used rocks and a belt buckle to smash windows and beat the cars," the sheriff's office wrote on Facebook. "Responding deputies found Wilson in front of the business, passed out on a bench."

When questioned by authorities, they say he admitted to breaking the windows, saying “Take me to jail. I did it because Donald Trump owes me one trillion dollars and these vehicles belong to the mafia.”