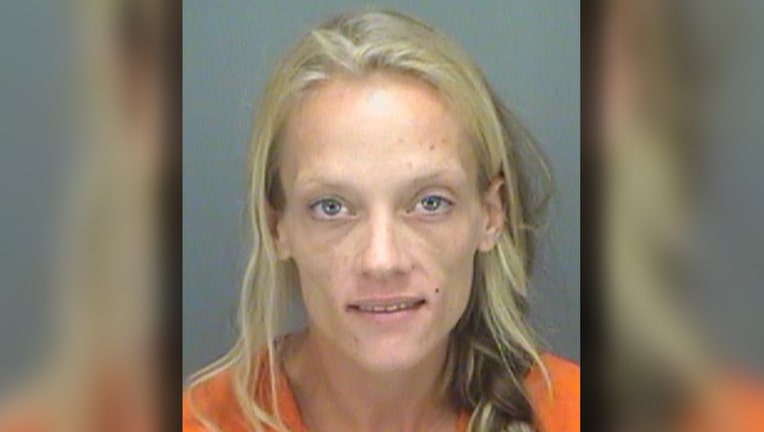 According to the Pinellas County Sheriff's Office, 30-year-old Burgandie Marquez told detectives she became enraged during a phone call with the baby's father on Thursday, and intentionally and forcefully jerked the child up from the ground twice, causing the infant's head to snap backward.

Marquez said she then placed her baby underneath her arm and ran up and down the stairs inside her Palm Harbor home, allowing the infant's head to bounce up and down without support.

Detectives said she admitted that she knew she had been too "rough" with the baby.

The next morning, Marquez noticed the 5-month-old was having seizures, but tried consoling the baby instead of taking him to the hospital.

That afternoon, Marquez decided to take the infant to Pasco County to meet the child's father, but stopped at a gas station when the baby's condition worsened and said she needed medical attention for his seizures.

Witnesses told detectives that the infant appeared to be in good condition on Wednesday. Marquez had been the baby's only caretaker from Monday to the day the child was hospitalized on Friday.

Detectives arrested Marquez and charged her with one count of aggravated child abuse with great bodily harm. She is being held on $550,000 bond.