Brother of man killed by former NFL player speaks out

A former Chicago Bears football player is accused of murdering a man over drugs, according to police.

PHOENIX - A Super Bowl champion and former Arizona State University player is accused of murder. 59-year-old Michael Richardson was arrested in connection to the deadly shooting that happened around 9:15 a.m. on Dec. 29.

"Why would you do that? What was your reason? What was your motive? Why were you so angry that you would wanna kill someone?" asked Aundrey Skinner, who learned his older brother was shot and killed at a hotel's parking lot.

Phoenix Police say the suspect left the scene near 40th and Van Buren streets, but he would be arrested the following day.

"My mom lost her two younger kids 16 years ago. Now to lose her oldest son, it's kind of overwhelming."

Skinner says Like was a barber and moved to the Valley from St. Louis, Missouri some years ago. The brothers spoke on the phone last weekend when Like sent money to his children for Christmas.

"And he told them that he loved them and he got off the phone with them. He later told me, 'Thank you brother for doing that for me. You didn't have to do it, but I appreciate it. I love you too.'" 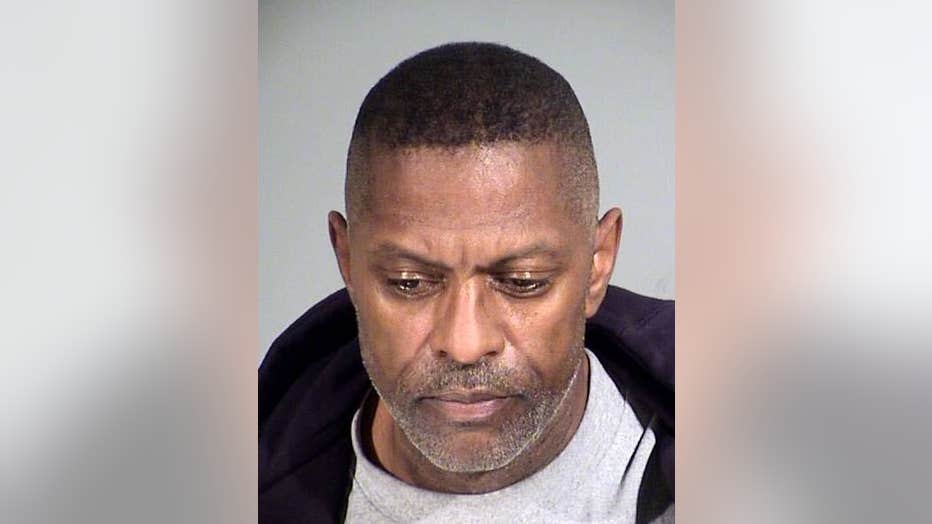 Richardson played for ASU in the early 1980s before being drafted by the Bears and winning Super Bowl XX.

Police say according to witnesses, Richardson is currently a drug dealer. Court records show he plead guilty to "dangerous drug possession for sale" in 2019. As for this deadly shooting, police list the motive as cocaine.

Skinner says he has no hatred for his brother's accused murderer.

"I forgive him. I just want him to know that at the end of the day, he can answer to God on why he took a life when he didn't give one."

Richardson's bond is $1 million. His preliminary hearing is set for Jan. 11. He was booked into jail on suspicion of murder, misconduct involving weapons and a felony warrant.