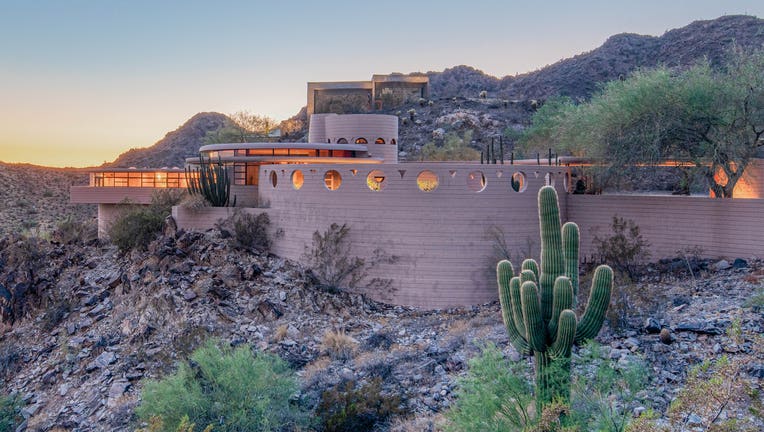 The Norman Lykes House sits on the edge of the Phoenix Mountains Preserve. Courtesy: Heritage Auctions (used with permission)

PHOENIX (AP) - An Arizona home that architect Frank Lloyd Wright designed during the last year of his life is going on the auction block.

Heritage Auctions announced the Norman Lykes House in Phoenix will be up for bid next month.

The home has been on and off the market over the last few years and was last listed at around $2.7 million.

The auction house says in a news release that there will be no minimum starting bid at the Oct. 16 auction.

Wright designed the home, nicknamed the "Circular Sun House," before his death in April 1959.

The 3,095-square-foot (288-square-meter) property in the city's Biltmore neighborhood has three bedrooms, three baths and is on the edge of a mountain preserve.

The buyer would also get all the original mid-century modern furnishings.