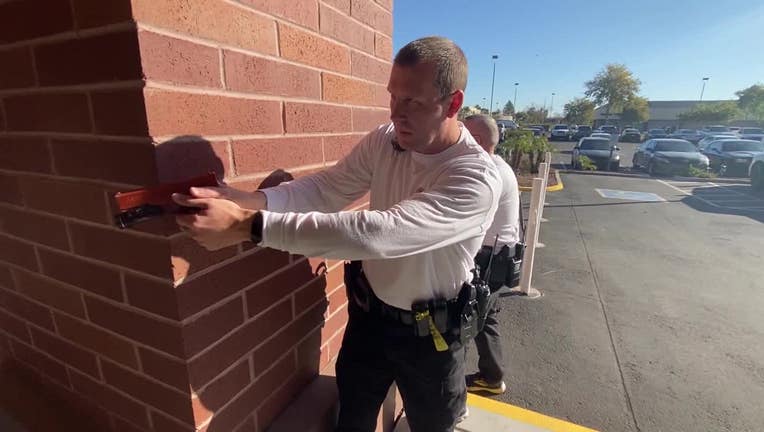 PHOENIX - Later this month, the Phoenix Police Department will be graduating a new class of Police Officers, and in that group will be a former National Hockey League player, who played for the Arizona Coyotes when they first arrived in the Valley.

Phoenix police recruits are finishing up their training before they graduate and hit the streets.

One of the upcoming graduates has quite the past here in the Valley.

"I was a professional hockey player for 22 years, played here with the Coyotes," said Deron Quint, a Phoenix Police recruit.

Deron Quint played for the Coyotes from 1997 to 2000. Now, at the age of 43, he says he's finally realizing his dream of becoming a police officer.

"It was a great opportunity and it was something that I've always wanted to do, even though I'm older than most of the recruits, but I love it, it's been awesome," sayd Quint.

Believe it or not, there are quite a few similarities between being on a hockey team and being a member of law enforcement.

"You have one common goal and that's to make the city safe and be a great place to live and that's what we're all doing, it's awesome," said Quint.

He says he can't wait to get out and protect and serve his community.

Quint and the other recruits will graduate on January 25.