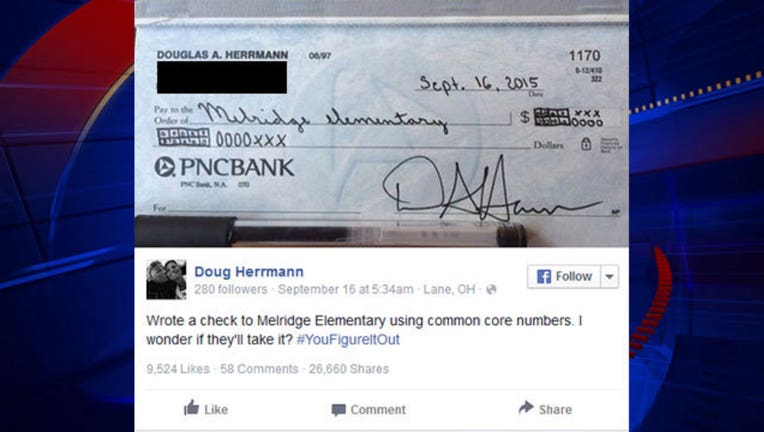 A fed-up Painesville, Ohio, father showed his frustration over his child's fourth-grade Common Core math curriculum by writing a check that no bank could possibly cash.

Instead of a dollar amount, Doug Herrmann used a cryptic series of "X's" and "O's" accompanying eight boxes with more "O's" to indicate the amount of the check.

The confusing series of letters is in line with the controversial Common Core long-form math curriculum that is implemented in 46 states. Indiana, Minnesota, Oklahoma and South Carolina have refused to adopt the curriculum.

Officials at Melridge Elementary will likely have to teach the bank teller how to calculate the cash amount using the Common Core method if they actually want to cash the check.