Over 1,000 military families are enjoying a 5-day stay at Disney World in Orlando thanks to actor Gary Sinise.

The Gary Sinise Foundation hosted the 14th annual Snowball Express event, which is a five-day, all expenses paid retreat for more than 1,700 family members of the fallen, focusing on their children and the surviving parent or guardian.

"It really is a beautiful blessing to be able to put our arms around these kids who are all going through various stages of grief and let them know that we care about them," Gary Sinise said. The retreat is therapeutic and offers families an opportunity to have fun while encouraging peer-to-peer support and valuable resources. "We have counselors, tragedy assistance programs for survivors, T.A.P.S is with us. They’re a great premiere organization for Gold Star families." 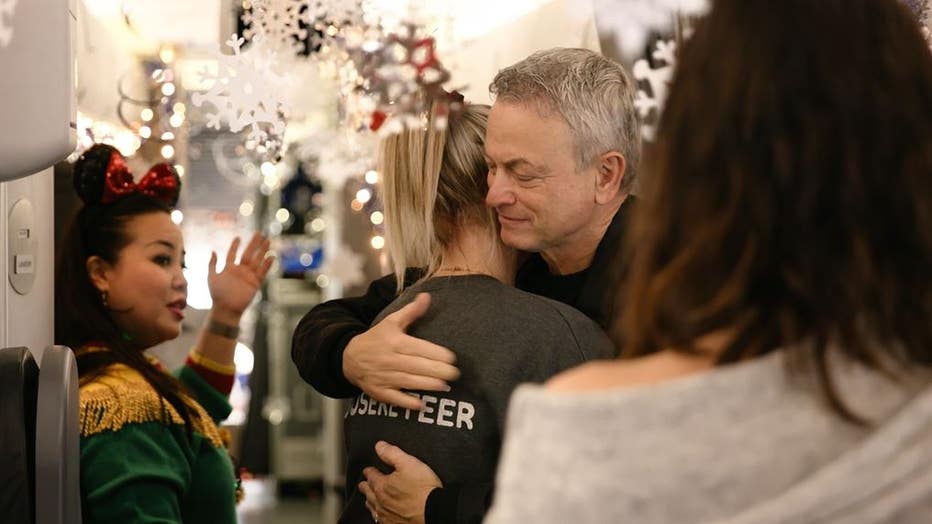 Gold Star child Logan said Snowball Express allows him to connect with people in a unique way.  He said that “back home, there’s not a lot of people who… fit in the same box that I’m in. Knowing that there are people around that are in the same box, it’s nice because now I can hang out with them and they understand what I’m going through.”

Snowball Express began in 2006 with a letter written by a fallen solider to his wife, only to be opened should he die in battle. In the letter, the soldier expressed many things, including a wish that his family visit Disneyland. In 2017, Snowball Express became an official program of the Gary Sinise Foundation.

Sinise said he first got involved with Snowball Express in 2007 when it was a non-profit. His LT. Dan Band performed for the children and he said it moved him, stating that “I remember the feeling after doing the event and seeing the children, how moved I was, what it felt like just to do something positive and see them dancing and jumping around and having a good time. It was infectious."

The Gary Sinise Foundation hosted the 14th annual Snowball Express event, which is a five-day, all expenses paid retreat for more than 1,700 family members of the fallen, focusing on their children and the surviving parent or guardian.

Now Sinise and his Lt. Dan Band perform every year on the final night of the trip. Sinise said that “when I play my concert for them it’s a real joy to see these kids each year get a little bit older. They come right up in front. I see the same ones each year. It’s very special. It’s very moving.”

American Airlines, the official airline partner for the Gary Sinise Foundation, flew the families in on Saturday, December 7 from 84 cities across the world, including Germany, London and Guam. American Airlines donated 13 charter flights with all volunteer crews to make accomplish the task.  They fly home on Wednesday.

The trip was also made possible by the Foundation’s generous donors and its corporate partners: Owens Corning, ATD, Aerotek, WoodmenLife, and Highland Capital Management.

Since 2018, more than 2,970 children of fallen military heroes and their surviving parent or guardian have participated in Snowball Express.