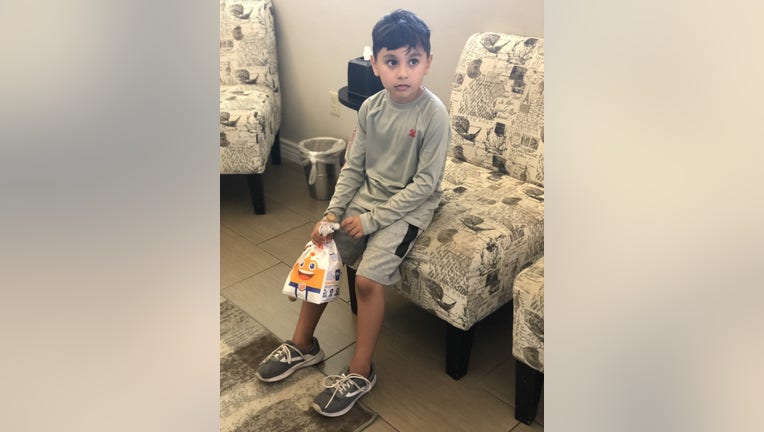 GLENDALE, Ariz. - Glendale Police officials say they are working to reunite a seven-and-a-half-year-old boy with his family, after the boy was found on Friday.

According to a brief statement released late Friday morning, the boy, identified only as "Eli," was found by an off-duty firefighter near 67th Avenue and Grand Avenue.

Eli, according to police, told officers he went for a walk by himself away from his grandmother's home.