NEW YORK - With his brother about to resign from the governorship in disgrace, Chris Cuomo's in-laws are lining up to support a GOP rival to win the next election to run the state.

"I give Chris Cuomo a whole lot of credit about this.  He married into an amazing family,"  Zeldin said.

CUOMO LAMENTS 'POLITICS' AS HE RESIGNS

Rainer and Regina Greeven, Chris Cuomo’s father and mother-in-law, attended a fundraiser for the Long Island Republican who is looking to win the highest office in New York.  Zeldin announced he was running in April.

In late 2020, Zeldin won reelection to a fourth term in the U.S. House of Representatives. He represents New York's First Congressional District, which covers a large portion of Suffolk County.

"That's what Chris gets. He wants to marry a good conservative Republican New York family.  They're going to be showing up at our fundraiser," Zeldin said. 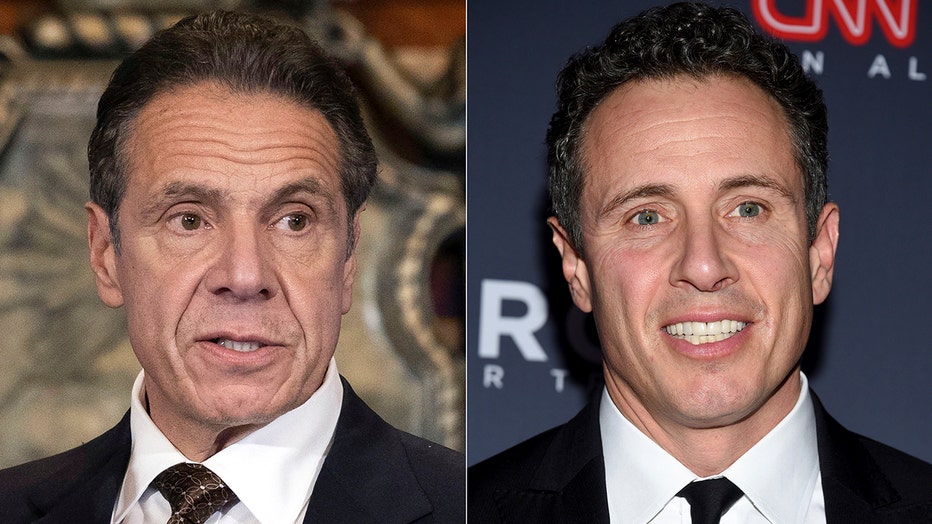 Chris Cuomo, the CNN anchor, was implicated in a scathing sexual harassment report as a confidant of Andrew Cuomo who was "regularly provided with confidential and often privileged information."

Andrew Cuomo announced this week that he would resign from the office.

Lt. Gov. Kathy Hochul will fill out the remainder of his term.  The Democrat announced on Thursday that she would run for a full term in the 2022 election.

Long Island Congressman Lee Zeldin is planning on running for governor of New York on the Republican ticket.