While many of the ingredients needed to make the formulas at home may appear unconventional, they can actually be purchased online or at a local pharmacy.

CINCINNATI - Have you purchased hand sanitizer recently and noticed a particularly awful smell? You’re not alone.

Early on during the coronavirus outbreak in the U.S., finding hand sanitizer at the store or online was a job in itself. Many shoppers began panic-buying bottles, along with other household staples, which led to retailers completely selling out of recognizable brands like Purell or Germ-X.

Many stores set limits on the quantity purchased, and new brands of hand sanitizer popped up — including those made and distributed by more than 600 distilleries to help with the shortage.

RELATED: Can’t find hand sanitizer? The World Health Organization has a recipe to make your own

A writer for the New York Times’ product review site Wirecutter recently pointed out the rather pungent stench coming from a 1-gallon plastic bottle he ordered, one that contained 70% ethyl alcohol “specially denatured with a mild lavender scent.”

Gregory Han described the smell as “the funky marriage of rotting corncobs paired with pungent notes of barnyard odors, a repulsive nose-wrinkling scent that lingered and wafted far and wide with every use.” 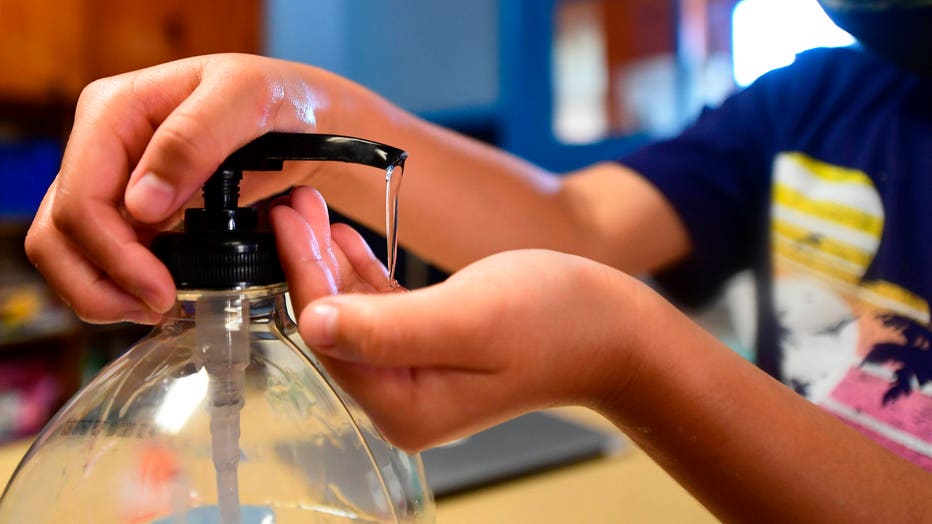 Han is not alone in his observation. A quick search on Twitter will bring up many other people reporting the same (smelly) experience.

“Is it just me or does every single Hand Sanitizer smell like cheap rubbing alcohol now a days,” one person asked.

“I would pay so much money to have hand sanitizer that doesn’t smell like tequila and make me want to vomit every time i use it,” another user said.

As it turns out, the formation of new hand sanitizer brands and the cheaper way the product is being made may also be the reason so many disinfectants stink.

Bryan Zlotnik of Alpha Aromatics, a perfume manufacturer specializing in additive solutions used to mask the bad odors in sanitizers, told Wirecutter that the unpleasant smell is a natural byproduct of a main ingredient: ethyl alcohol, or ethanol, which kills the germs.

The most commonly used alcohol-based hand sanitizers are either made with isopropyl alcohol or ethyl alcohol.

“That off-putting smell—sometimes described as rotten garbage or tequila-like—is the natural byproduct of ethanol being made from corn, sugar cane, beets, and other organic sources,” Zlotnik said.

Zlotnik explained that many new brands, including the hundreds of distillers who pivoted from producing drinking alcohol to hand sanitizer during the pandemic, are making the product using denatured ethanol.

“This ethanol costs significantly less than ethanol filtered using activated carbon filtration, which would typically remove almost all contaminants and the malodor with it,” Zlotnik added.

Denaturants, such as the denatured ethanol being used by some hand sanitizer brands, are intentionally added to alcohol to make it less appealing to ingest, according to the U.S. Food and Drug Administration.

Zlotnik said the denaturants, which can include chemicals such as methanol, acetone, methyl ethyl ketone, and denatonium, add to the stink. The FDA recently issued a warning about some hand sanitizers that tested positive for methanol, which can be toxic to the body.

But there may be one silver lining to the suddenly smelly sanitizer everyone seems to be disinfecting their hands with amid the coronavirus pandemic.

“The malodor is a potent behavioral message to keep our hands away from our face, which is something we should be doing anyway,” Pamela Dalton from the Monell Chemical Senses Center told Wirecutter. “While I normally do not want my hands to smell like a farm, it certainly did keep me from putting my hands anywhere near my face—and that could be a good thing!”