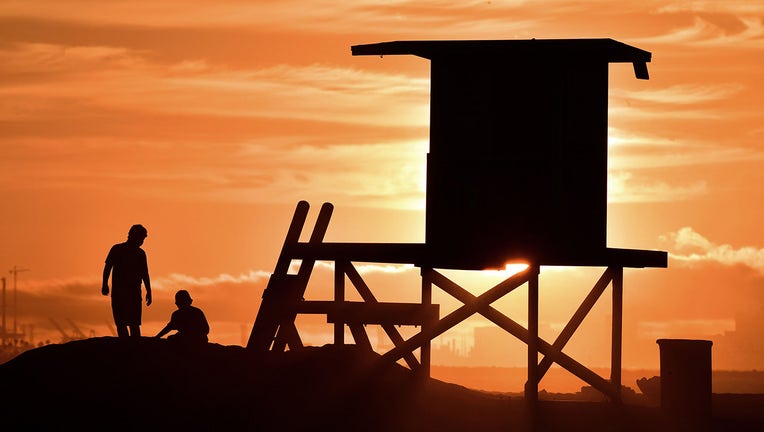 NORTHWEST - Another dangerous heat wave is set to strike the Northern Plains and portions of the Great Basin by the end of the weekend, placing areas once again under extreme drought conditions and in jeopardy of breaking more records.

Millions of Americans will be under excessive heat warnings and advisories this weekend, with parts of Idaho, Montana and Wyoming already under said advisories.

According to the National Weather Service, the pattern behind the upcoming stretch of oppressive heat is associated with a strong upper-level ridge of high pressure that is forecast to strengthen and situate over the Rockies.

The heat will continue to bring triple-digit temperatures to many areas not accustomed to it, and officials are sounding the alarm to take additional precautions if necessary to stay safe and hydrated.

Boise, Idaho has reached at least 95 degrees for a record 20 straight days. The previous record of 18 days was set in 1960.

"Our forecast calls for highs 95+ through at least the next 7 days," the NWS in Boise wrote on social media.

The heat wave is also taking aim for northeast Montana later this weekend and well into next week.

Periods of haze and smoke will be possible. According to the NWS in Glasgow, high temperatures will be in the triple digits and overnight lows will struggle to recover below 70 degrees.

Meanwhile, in Billings, Montana, temperatures are expected to climb through Monday and remain high through the middle of next week.

How long will the heat last?

While temperatures are already climbing, this heat wave is set to peak between Sunday and Tuesday, mainly in the west and through the Northern Plains.

High temperatures into the triple digits are likely for several consecutive days throughout eastern Montana, extending into the lower elevations of the Northern Rockies and Great Basin by Sunday. A few daily high temperature records could fall.

Highs into the low-to-mid 90s are forecast along the U.S.-Canada border through North Dakota and Minnesota as well.

The intensity will decrease slightly mid-to-late next week, but temperatures could still remain above-average in may areas. Model predictions forecast the heat intensity to migrate south toward the Southern Plains by next weekend.

The National Weather Service is cautioning those impacted by the heat wave to stay in air-conditioned buildings if possible.

Emergency physicians say they see it often when temperatures are on the rise: heatstroke. They say heatstroke, more severe than heat exhaustion, will make someone very sick, weak, and unable to walk.

"If they feel they're getting illness related to too much heat, we'd rather they come in early and have it be a false alarm because that's when we have the opportunity to treat," said Dr. Ronn Berrol, emergency director of Summit/Alta Bates.

It’s important to limit outdoor activity during the hottest part of the day — the afternoon hours. The NWS also suggests checking in with at-risk friends, family and neighbors.

Lastly, make sure to drink water before, during and after working or exercising outside.

The combination of the heat, low humidity and wind gusts have increased the threat of wildfires in the West. According to the U.S. Drought Monitor, exceptional and extreme drought persists in the West. 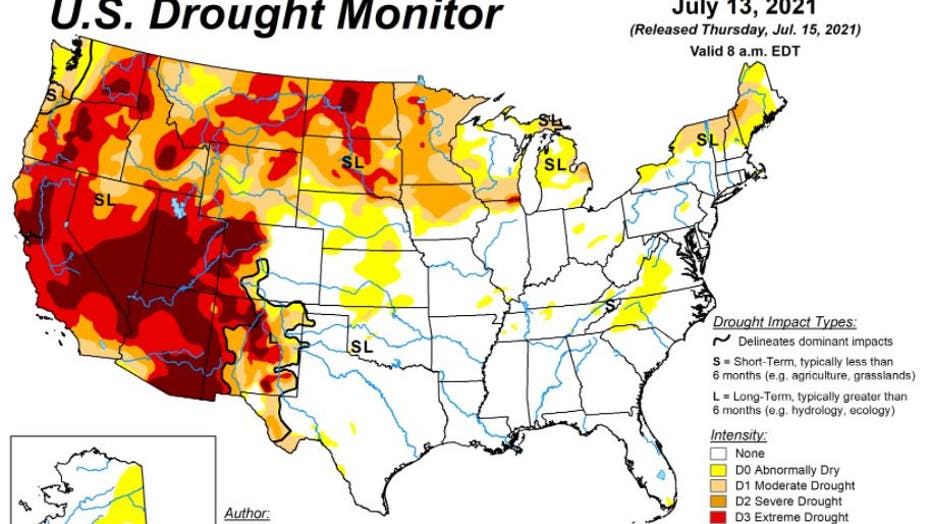 More than 60% of the US west is suffering exceptional or extreme drought – the highest rating since authorities began monitoring the phenomenon 20 years ago.

In addition, 70 wildfires are burning across the U.S., according to the National Interagency Fire Center.

More than 17,700 wildland firefighters and support personnel have been assigned to wildfires.

Fire managers are preparing for predicted dry thunderstorms across the northern Rockies and the northern portion of the Great Basin, which can spark additional fires.

Wildfires in Washington and Oregon persist

While this particular heat wave will not be quite as intense as the previous three for Oregon and interior sections of Washington state, above-average temperatures in the region will still impact and threaten to exacerbate the wildfire situation.

The Bootleg Fire in southern Oregon grew to almost 202,000 acres (about 315 square miles) by July 13, making it the largest in the US, officials reported. (Credit: NOAA via Storyful)

On Thursday, Oregon and Washington state were moved to "Preparedness Level 5," the highest level, based on the amount of wildfire activity and need for firefighting resources.

According to the Associated Press, crews had to flee the fire lines late Thursday after a dangerous "fire cloud" started to collapse, threatening them with strong downdrafts and flying embers. An initial review Friday showed the Bootleg Fire destroyed 67 homes and 117 outbuildings overnight in one county.

In addition, the blaze has forced 2,000 people to evacuate and is threatening 5,000 buildings that include homes and smaller structures in a rural area just north of the California border, fire spokeswoman Holly Krake said.

The Bootleg Fire is now 377 square miles — larger than the area of New York City — and mostly uncontained.