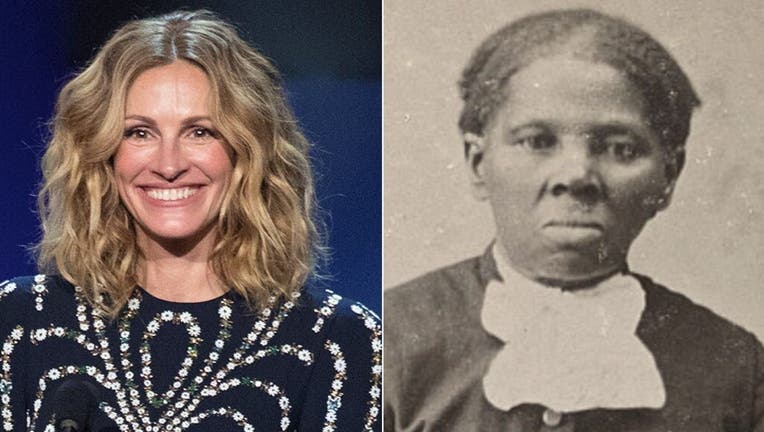 The screenwriter of the new Harriet Tubman biopic claimed that a Hollywood executive once suggested that Julia Roberts play the black American icon.

Gregory Allen Howard, who was a writer and producer behind "Harriet," shed some light on the long journey the film had in order to get made, which dated back to the 90s.

However, according to Howard, an unnamed "studio head" advocated for the "Pretty Woman" star to play the abolitionist.

"The climate in Hollywood, however, was very different back then," Howard said in a Q&A earlier this month but was published by the Los Angeles Times on Tuesday. 'I was told how one studio head said in a meeting, "This script is fantastic. Let's get Julia Roberts to play Harriet Tubman.' When someone pointed out that Roberts couldn’t be Harriet, the executive responded, 'It was so long ago. No one is going to know the difference.'"

The role of Harriet Tubman ultimately went to British actress Cynthia Erivo, who previously had breakout roles in 2018's "Widows" and "Bad Times at the El Royale."

Howard then credited the Oscar-winning film "12 Years a Slave" and the Marvel blockbuster hit "Black Panther" for "changing the climate in Hollywood" that allowed his Tubman biopic to get made.

"Two films really changed the climate in Hollywood to allow Harriet to be made. When "12 Years a Slave" became a hit and did a couple hundred million dollars worldwide, I told my agent, 'You can't say this kind of story won’t make money now.' Then "Black Panther" really blew the doors open," Howard said.