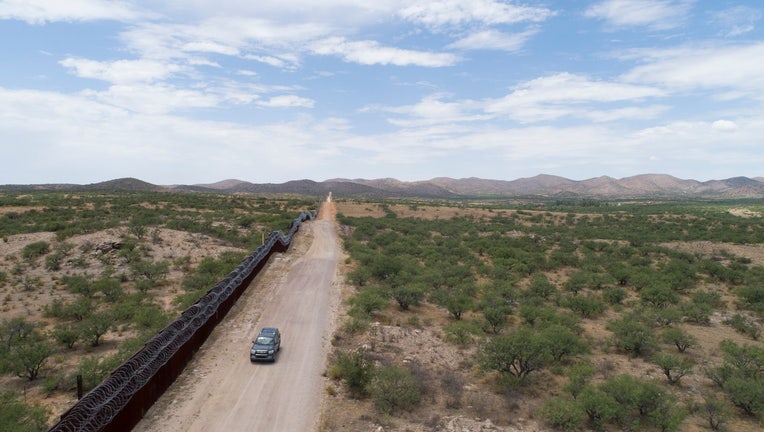 The U.S.-Mexico border is shown in a file photo. (Photo by Daniel Woolfolk for AFP / AFP)

WASHINGTON - House lawmakers on Thursday passed a bill that would allow illegal immigrants to be eligible for damages from their employer if their labor rights are judged to have been violated -- while rejecting a measure that would prevent unions from recruiting those in the country illegally.

The Democrat-sponsored "Protecting the Right to Organize" (PRO) Act seeks to expand labor protections and boost unions across the board. Like California's controversial Assembly Bill 5, one of the PRO Act's stated purposes is to end worker misclassification and stop employers from denying workers benefits by doing so. It passed in a 224-194 vote, mostly along party lines.

“The penalties for violating the [National Labor Relations Act] are weaker than those for violating other labor and employment laws, and workers lack a private right of action to pursue relief on their own,” a factsheet from the Committee on Education and Labor says. “Workers are frequently misclassified as independent contractors or supervisors, and thus excluded from the protections afforded to employees covered by the NLRA.”

Jarringly for Republicans, it would also abolish state right-to-work laws. It’s a bill that would be dead on arrival in the Republican-controlled Senate but passed the Democratic-held House mostly along party lines.

“Where workers have previously had the freedom to choose whether or not to pay fees & join a union, they will now be forced to pay membership fees or lose their job,” Rep. Kevin Hern,  R-Okla., said, opposing the bill. “This will put immeasurable power in the hands of union bosses.”

But the bill has picked up plenty of support from 2020 Democratic presidential hopefuls. Sens. Elizabeth Warren, D-Mass., Amy Klobuchar, D-Minn., and Bernie Sanders, I-Vt., have all sponsored the Senate version of the legislation.

“The sustained, decades-long attacks on labor have driven union membership to historic lows and revealed that current labor laws are too weak to defend workers’ basic right to join a union and collectively bargain with their employer,” bill sponsor Rep. Bobby Scott, D-Va., said in a statement after it passed. “The PRO Act is a comprehensive and sensible response that will level the playing field for workers.”

AFL-CIO President Richard Trumka had warned lawmakers ahead of the vote “who would oppose, delay or derail this legislation—do not ask the labor movement for a dollar or a door knock, We won’t be coming.”

One of the bill’s most controversial measures would allow Illegal immigrants to receive backpay and damages if the National Labor Relations Board (NLRB) finds that their collective bargaining rights have been violated.

Under the law, employers must provide such remedies to employees if it is ruled they are victims of unfair labor practices. But currently, illegal immigrants cannot receive backpay or damages from the NLRB -- something that the bill seeks to change. The bill also allows the NLRB to award additional financial penalties for each violation in which a worker is wrongfully terminated -- illegal immigrants would not be excluded from this either.

“In addition to owing back pay and other damages from so-called unfair labor practices, the PRO Act subjects employers to civil penalties of up to $100,000,” the Federation for American Immigration Reform (FAIR) said in a statement opposing the bill. “Under this bill, if an employer makes the admirable decision of firing an illegal worker to hire an American instead, they could face an unfair labor practice charge alleging that the illegal alien was fired for union status rather than being here illegally. This is not right.”

Additionally, if the NLRB fails to act quickly enough, it allows employees (including those illegally present) to sue the employer in district court.

House Republicans also put forward a last-minute amendment that would prevent unions from contacting illegal immigrants in order to join or support the union. But that amendment was shot down by House Democrats, who also booed Rep. Hern as he urged them to back the amendment and declared that “illegal immigrants should not be working at American companies, let alone used by labor unions to organize workplaces.”

“If my colleagues insist on moving forward with legislation that empowers union bosses and strips independence from our workers, they should not do it in a way that encourages illegal immigration,” Hern said.

It is the latest effort by Democrats to shield those in the country illegally.

In December, the House passed an agriculture bill that would likely put more than 1 million illegal immigrants on a pathway to legal status, something that supporters said was vital for the industry -- but that immigration hawks called an attempt at amnesty.

Get the latest update on FoxNews.com.