In addition to being a dedicated police officer, Sergeant Brewster was an athlete. At one point in his career, Brewster was both an officer and a Crossfit coach.

HOUSTON - On Sunday night, a Houston gym remembered police Sergeant Chris Brewster, who was killed in the line of duty Saturday.

The 32-year-old was shot while responding to a domestic call in the 7400 block of Avenue I in Houston's East End.

In addition to being a dedicated police officer, Sergeant Brewster was an athlete. At one point in his career, Brewster was both an officer and a Crossfit coach.

Brewster joined Crossfit H-Town when he graduated from the police academy in 2010.

Theo Tsekouras opened the gym that same year. He eventually recruited Brewster to become a part-time coach for the gym.

Theo says he’s worked with dozens of coaches over the years, but said Brewster’s vibrant energy and perpetual smile from ear to ear, always made him unforgettable. 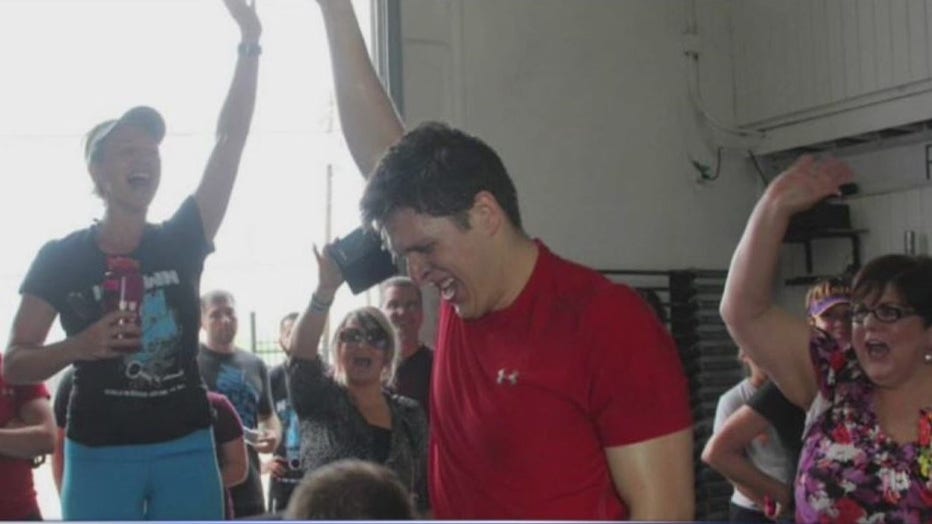 “Chris was a great guy. He’s a great guy and his time spent here was wonderful. I asked him to come on as part of the staff. I recognized that he had a lot of integrity. He was really good with people. Got along with everyone, good disposition, good demeanor and that’s what we look for in our coaches,” Tsekouras said.

As a retired Houston firefighter, Theo said he and Brewster had a deep, mutual respect for one another, sharing a first responder's background.

Theo said Brewster was extremely dedicated to his craft.

“Chris loved being a police officer. He loved it. And that’s why he joined here because he wanted to be the best that he could on the job and Crossfit training really helps with that. This is why he did that, so he could do his job to the best of his ability,” said Tsekouras.

“The last time I saw him, he was working and I was running along Houston Ave. He rolled his window down and gave me some words of encouragement as I was running. It’s nice to have friends looking out for you,” Schnell said.

“He was full of energy, encouragement and just lots of passion for what he does, what he did. It’s sad that he’s gone way too soon,” Schnell continued.

Theo said back then, Brewster was the youngest instructor on staff and stood out with his incredible stamina, endurance and strength.

Theo said he was not surprised to learn that Brewster did what he loved until his last minute.

Theo said Crossfit H-Town is hoping to plan a workout in Brewster’s honor.

Hpd commanders and officers will escort Sergeant Brewster's body from the medical examiner's office to the Pat H. Foley & Company Funeral Home Monday morning at 9:15 AM.

Brewster will be laid to rest later this week.

A visitation is scheduled for Wednesday. Time is not yet set.

A funeral service is set for Thursday morning at 10 a.m.