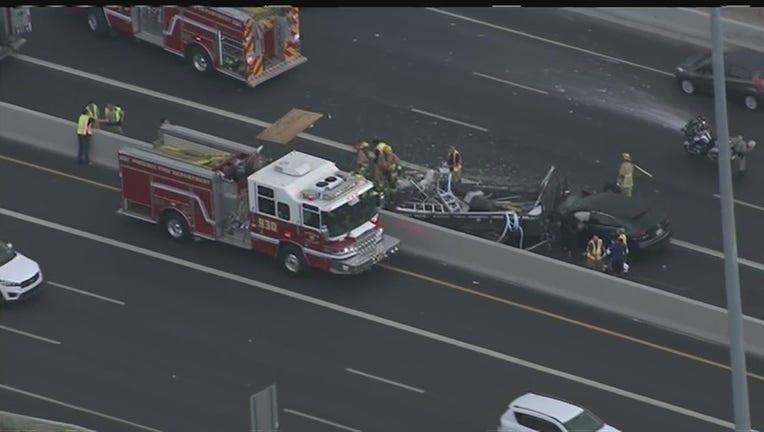 PHOENIX - Phoenix Fire officials say three people are dead following a big crash on I-17 during the afternoon hours of August 13.

The crash happened on the southbound lanes of I-17 at Dunlap. According to DPS officials on the night of August 13, the crash happened at around 5:50 p.m., when a truck towing a trailer came to a stop in the HOV lane on the freeway to address a mechanical issue with the trailer.

"As the truck’s five occupants were standing between the trailer and the truck, a passenger car traveling in the HOV, struck the trailer," read a portion of the statement.

Fire officials say three of the five people were declared dead at the scene. On August 14, DPS officials identified the three as:

ADOT officials say I-17 was closed for some time as a result of the crash, in both directions. A DPS investigation is ongoing.