Phoenix Fire rescue crews are reminding hikers to stay on designated trails while exploring the desert as looks can be deceiving when hiking.

PHOENIX - A hiker was rescued from a mountain in north Phoenix on Tuesday, March 2, after getting stuck on a rocky ledge. Phoenix firefighters came to his rescue and FOX 10's SkyFOX was overhead as it all unfolded.

The Phoenix Fire Department is reminding hikers to stay on designated trails after the hiker in his 40s was brought to safety.

Crews say the hiker got lost while hiking on the south side of the trail. At some point, he couldn't get down or up and was stuck.

The hiker was located by his cell phone ping. After getting a read of where he was, Phoenix Fire sent three technical teams with equipment to his rescue. 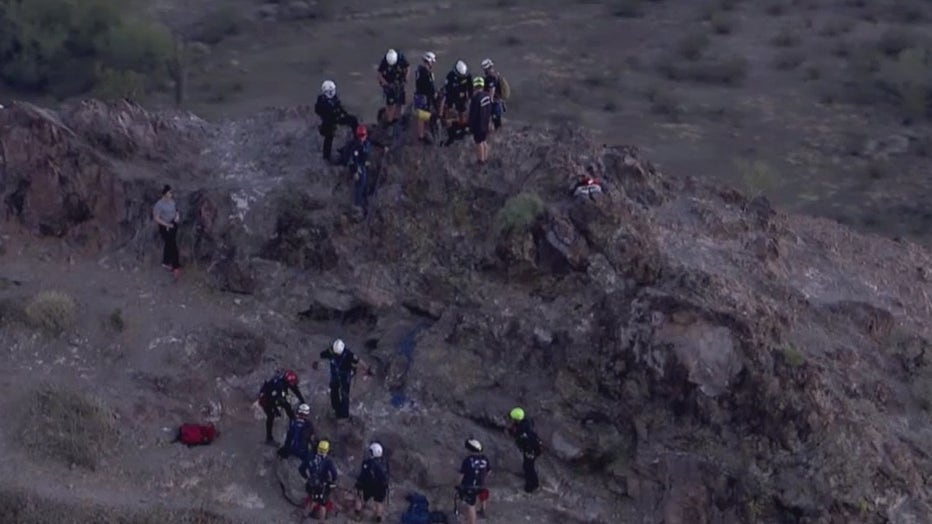 The rescue took about 45 minutes to get the hiker off the ledge.
After getting him to safety, firefighters say he told them he was trying to get to the top of the mountain but he went off-trail.

Crews got him hydrated and brought him back down.

This is a learning opportunity for all hikers, says Capt. Tom Taylor with Phoenix Fire.

He says, "Just be careful where you're going. Stay on your own. Stay on trails, pre-designated trails. When you get off the trails, it's pretty deceptive ... find yourself in a position where like this individual was when we can't get down and luckily we were able to get to him but it could have been worse."