One young life cut short, but many lives saved through organ donation

ST. PETERSBURG, Fla. - The family of a high school football player who died suddenly this year is now redefining what “family” means to them through organ donation.

Jacquez Welch, a varsity player for the Northeast High School football team, collapsed on the field in September. Doctors pointed to a previously undiagnosed and rare condition called arteriovenous malformation. They said Jacquez was most likely born with the condition that caused an abnormal connection between arteries and veins in the brain.

There’s a Facebook recording of the long walk, and Marcia Nelson, Welch’s mother, said she watches it again when she can.

“I go back and watch it a lot of times. When it comes up on my news feed or it’s somebody’s first time watching it, it’ll pop up and I’ll watch it again,” Nelson explained. “It makes me proud of him.”

The video shows Welch’s honor walk, a tradition for patients who have chosen to donate organs or tissue.

“I’ve worked at the hospital, so I’ve seen it before but never like that and I never expected so many people,” Nelson said. 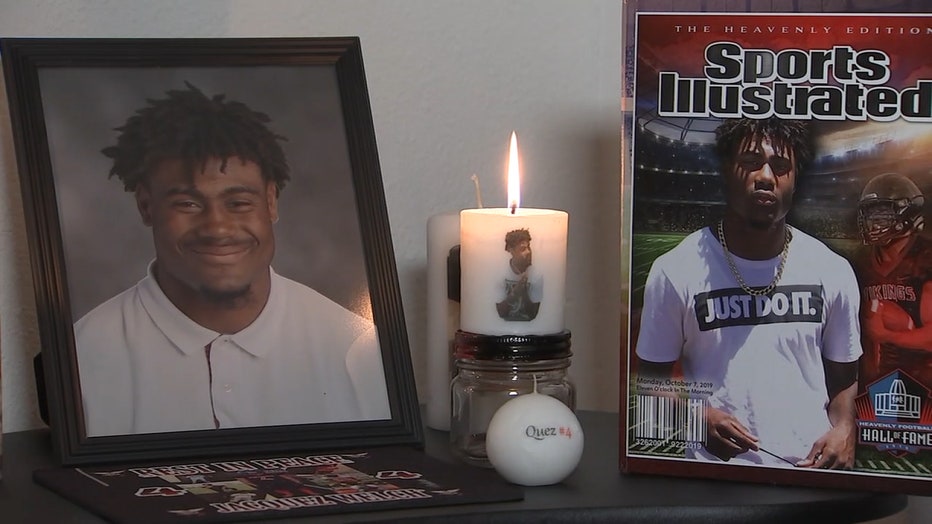 She was with her son the day he applied to get his drivers license, the same day he decided to become an organ donor.

“He asked me what it was, and I was like, ‘It’s something that if you can’t take with you that still works in your body, then it goes to somebody else to help save a life.’”

She said her son didn’t hesitate with his decision.

“His comment was, ‘Yeah, well, if I can’t use it then somebody else could use it.’”

Neither of them expected for his statement to come true as soon as it did. 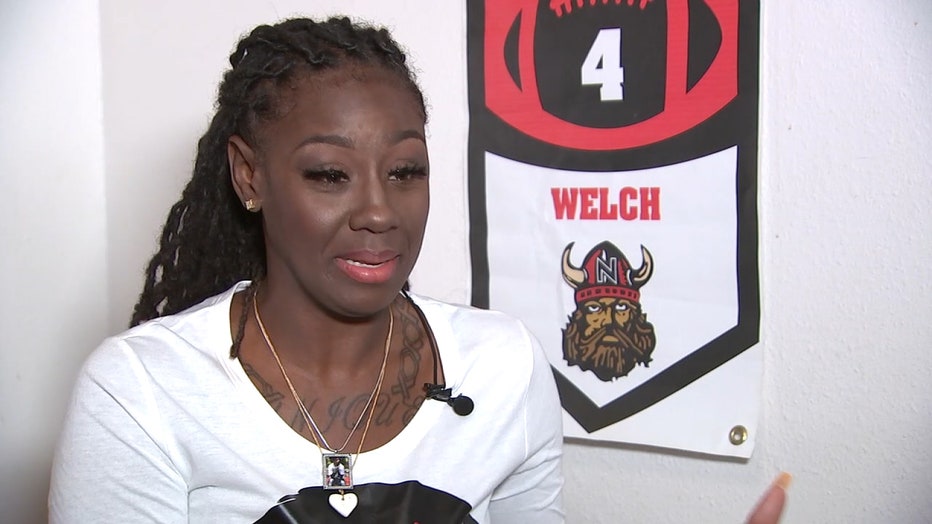 Jacquez Welch's mom spoke to FOX 13 about her son's legacy.

Nelson said the non-profit organization, Lifelink, helped her get through what could have been an unbearable process.

“When I got the last call from the doctor notes, they came right in and explained,” Nelson said.

The Lifelink representative who had that first conversation with Nelson was Denice Johnson, a family care coordinator.

“Most of our conversations are very solemn obviously,” Johnson explained, “I do remember that she was very well. She had a very good understanding. She knew where she wanted to go. She had appropriate questions. She knew what to ask.”

Lifelink typically gets an average of up to 200 donor applications per day statewide, but the day Jacquez’s story went public, applications spiked over 660.

”My tragedy changed other people’s lives,” Nelson said. “So, for me, it might be a tragedy, but for them it’s just the beginning when he donated his organs.”

“Jacquez is with them, and Jacquez is a part of Marcia," Johnson said. "So, they’re family.”

LINK: For more information on Lifelink or organ and tissue donation, click here.