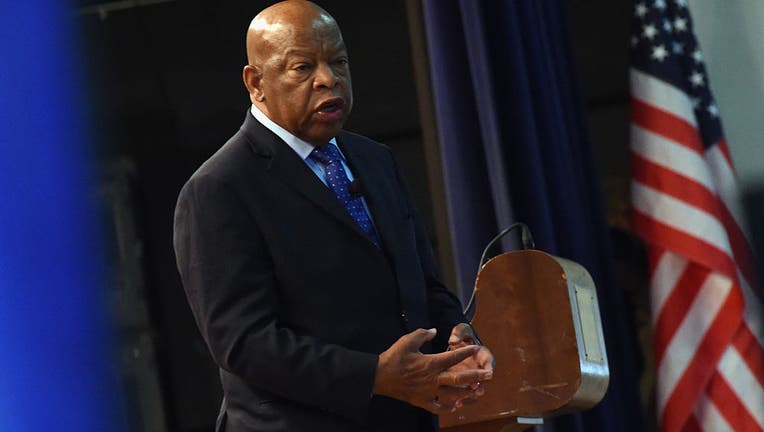 WASHINGTON - Civil rights icon John Lewis said Thursday that the video of George Floyd’s death at the hands of police in Minnesota “made me cry.”

“I kept saying to myself: How many more? How many young black men will be murdered?” said Lewis, D-Ga.

Lewis said he was encouraged to see such diverse crowds protesting Floyd’s killing, seeking the arrests of the police officers involved and demanding an end to racial injustice.

“It was very moving, very moving to see hundreds and thousands of people from all over America and around the world take to the streets to speak up, to speak out,” he said.

Lewis, 80, was a key figure in the civil rights movement and was one of the leaders behind the 1963 March on Washington and the push to end legalized racial segregation. He had his skull fractured by Alabama troopers as marchers crossed the Edmund Pettus Bridge in Selma on March 7, 1965.

He urged protesters seeking justice in Floyd’s killing to embrace nonviolence and called on President Donald Trump not to crack down on “orderly, peaceful, nonviolent protests.”

“You cannot stop the call of history,” Lewis said.

Lewis quoted Martin Luther King Jr.: “Hate is too heavy a burden to bear. The way of love is a much better way.”

“During the ’60s, the great majority of us accepted the way of peace, the way of love, philosophy and discipline of nonviolence as a way of life, as a way of living,” he said. “There’s something cleansing, something wholesome, about being peaceful and orderly.”

“We’re one people, we’re one family,” he said. “We all live in the same house, not just the American house but the world house.”

In 2011 Lewis received the Presidential Medal of Freedom from President Barack Obama, who marched with Lewis in Selma on the 50th anniversary of the Bloody Sunday attack.

He has served in the House since 1987. In December he announced he was battling Stage IV pancreatic cancer. He appeared gaunt in his television interview but said he’s doing better.

“My health is improving,” he said. “I have wonderful doctor and nurse. They’re taking good care of me. I’m very hopeful and very optimistic. They’re trying to get me to eat more. And I’m trying to eat more to regain my weight.”