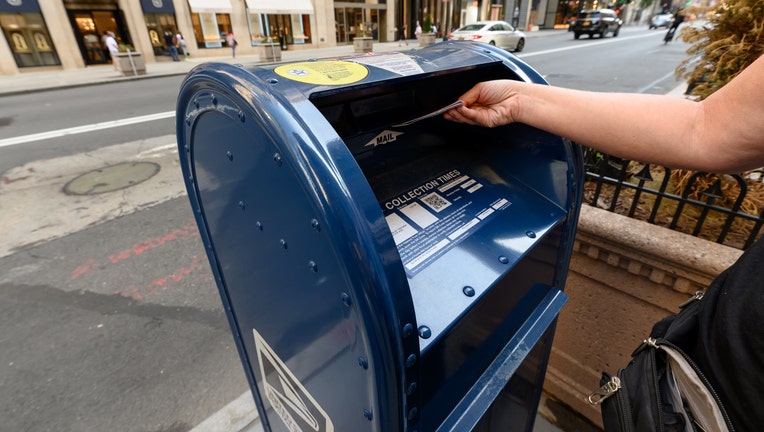 NEW YORK, NEW YORK - SEPTEMBER 07: A person drops a letter into a USPS mailbox during Phase 4 of re-opening following restrictions imposed to slow the spread of coronavirus on September 7, 2020 in New York City. (Photo by Noam Galai/Getty Images)

PHOENIX (AP) - A federal judge has ruled Sept. 10 that Arizona voters who forget to sign their early ballots before mailing them get up to five days after the election to fix the problem.

U.S. District Court Judge Douglas Rayes sided with state and federal Democratic groups who argued it was unfair for election officials not to allow voters to “cure” those ballots.

The groups argued that state election rules allow county recorders five days after the election for voters whose signatures don’t match those on file to come to the office and show they actually signed the ballot. The same goes for people who arrive at the polls to vote in-person but lack required identification.

But unsigned ballots are discarded if they are not corrected by 7 p.m. on Election Day.

Rayes wrote that the small administrative burden on the state by imposing the new “cure” deadline is outweighed by the impact on voters who don’t have their ballots counted.

RELATED:  Mail-in and absentee ballots: How to ensure yours is properly filled out and doesn’t get rejected

“On the facts of this case, Arizona’s Election Day deadline for curing unsigned ballot envelopes imposes minimal but unjustifiable burdens on the right to vote and is an inadequate procedural safeguard, particularly for voters who return their ballots too close to Election Day to receive adequate pre-election notice of a missing signature and an opportunity to cure,” Rayes wrote.

Only a few thousand ballots are likely to be affected. In 2016, Arizona rejected just over 3,000 ballots for not have a signature.

More than 75% of Arizona’s voters cast ballots each election by mail. They are mailed a ballot, mark it, and put it in a return envelope. They sign the back of the sealed envelope, and election officials check that signature against the one on file. If they match, the envelope is opened and the ballot placed in a stack with other ballots for counting.

Maricopa County Recorder Adrian Fontes wanted to add instructions that told voters to cross out a vote for a candidate made in error and mark the candidate they actually wanted.