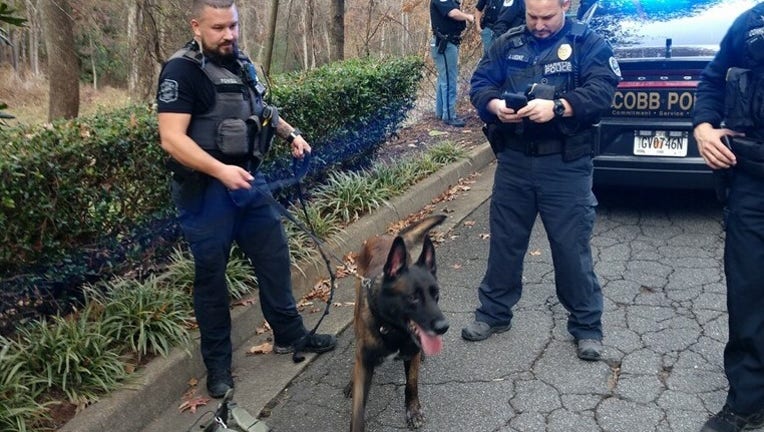 MARIETTA, Ga. - A Georgia K9 officer is being credited for the swift capture of a suspect in a deadly shooting at a Cobb County restaurant that led to a lockdown of Kennesaw State University.

The Marietta Police Department says Cobb County 911 began receiving calls from people inside the El Ranchero restaurant on the 500 block of Cobb Parkway South at around 2:30 p.m. Sunday.

After getting information from the emotional witnesses, officers arrived at the restaurant, where they found 43-year-old Janice Ross of Atlanta on the floor with a gunshot wound to her neck.

First responders attempted to help Ross, but she did not live to be transported. 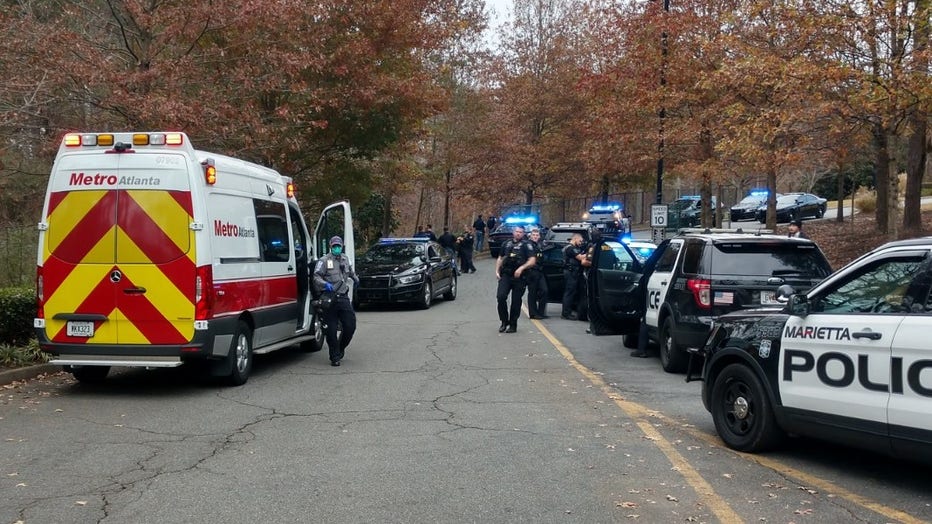 According to witnesses, the armed shooter ran out of the restaurant into the woods behind the building. After identifying the possible gunman as 50-year-old Duluth resident Jose Lemus Maldonado, multiple teams began to search.

The search continued to the Marietta campus of Kennesaw State University, which locked down after investigators go to the scene.

In a Tweet, KSU's Emergency Management department warned there was an "Armed Intruder reported at Kennesaw State. Seek shelter in a secure location until further notice."

K9 officers tracked Maldonado to Life University, finding him in some heavy brush behind the university's baseball field.

"K9 Jacquo was leading the track and apprehended the suspect, allowing our officers to place him in handcuffs," the Marietta Police Department told FOX 5 Atlanta