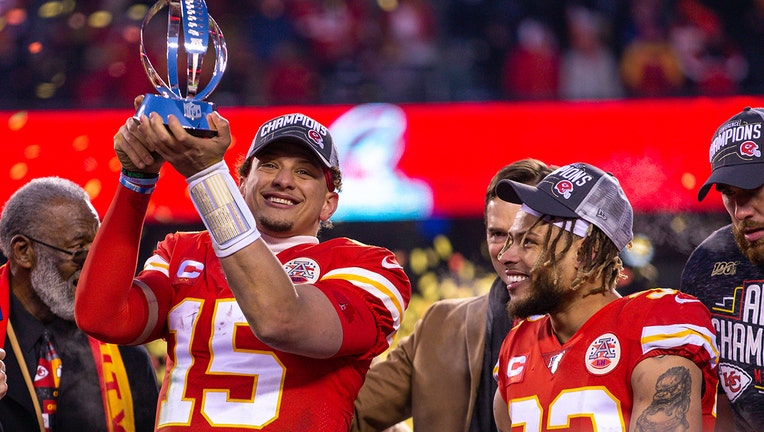 MIAMI - When the Chiefs won their first AFC championship in 50 years, chairman Clark Hunt and the rest of his ownership family decided that they would bring everyone associated with the franchise to the Super Bowl: the coaches and players, the front-office staff and scouts, the janitors and receptionists, and all of their families.

Hunt estimates the team brought 2,000 people total, or about 3 percent of the capacity of Hard Rock Stadium.

“We're still counting and I'm sure I'll never know the exact number,” Hunt said with a laugh. “One of the things we talk to the staff about is that we're one team. There's not a football side to the staff. There's not a business side to the staff. I make that point to the players when I talk to them at training camp. I make that point to the rookies when I talk at the rookie dinner. We wouldn't be here without every employee in the organization. We felt it only appropriate to bring the entire team.”

That includes the security staff, too.

Fans coming to Miami for the Super Bowl are coming from far and wide, and demand to get inside the Hard Rock Stadium for the game is starting to grow.

Right now, the average ticket price is $6,410 going up 8% over the past 24 hours, and it will cost $4,975 to get inside the stadium. StubHub said 3,293 tickets were still available on Wednesday. StubHub also says buyers are coming from 15 countries and 48 states. Not surprisingly, 22% of buyers are from California with 18% coming from Missouri and Kansas for the Chiefs.

Every championship game has a winner and a loser with the champs immediately wearing hats and T-shirts pulled from boxes at the stadium.

Then there's the loser's gear, including merchandise already sent to stores in the team's home market.

Well, the NFL has a plan for that.

The NFL has worked for six years with Good360, a non-profit organization that helps get products companies no longer need to non-profits around the world. Good360 starts collecting T-shirts, hats and sweatshirts for losers of the AFC and NFC championship games and will add the Super Bowl losers after Sunday's game.

The league provides a list of pre-approved regions and countries to ship all that gear to areas such as Africa, Asia, Eastern Europe and the Middle East.

“We don't disclose much more exclusively than that,” Shari Rudolph, Good360’s chief development officer, said Wednesday. “This is a pretty sensitive donation and could be quite the collectors' item. We don't want any risk of those items making their way back to the United States.”

Twitter and the NFL are giving fans a way to celebrate on the field after the Super Bowl via tweets and confetti.

Selected tweets from fans will be printed on the confetti that will fly through the air once the game ends Sunday. It's part of Twitter Sports' “Top Tweets” campaign for the playoffs. Fans only have to tweet away using the hashtag (at)NFLTwitter to send messages to either the Kansas City Chiefs or San Francisco 49ers.

If a video game can predict the result of the Super Bowl, San Francisco cornerback Richard Sherman gave 49ers' fans a reason for optimism about Sunday's game.

Sherman led the 49ers to a 21-16 victory Tuesday night in an Xbox One X live showdown over Chiefs tight end Travis Kelce and Kansas City in Madden NFL 20. Sherman scored the first touchdown and led 7-3 at halftime. Kelce gave the Chiefs a 10-7 lead going into the fourth. After swapping touchdowns, Sherman and the 49ers had a pick-6 late to clinch the win.

Sherman and Kelce each earned 50 Xbox One X consoles for their charities. Kelce said he wanted to see how good he was in video game.

“The last time I played Madden the Left and Right Trigger were still the Juke buttons,” Kelce said.