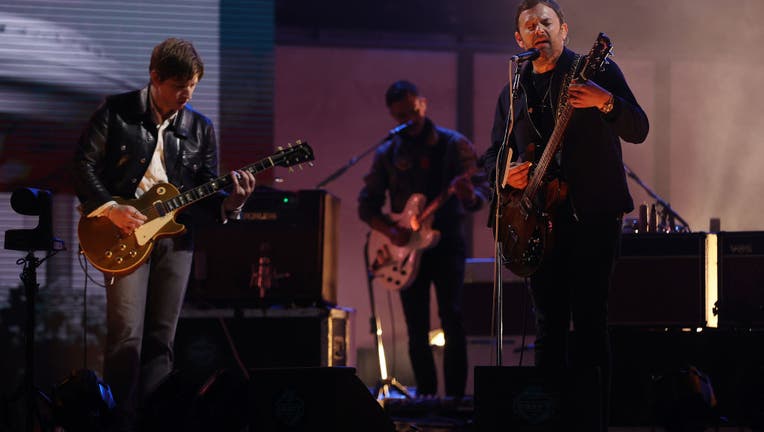 CLEVELAND, OHIO - APRIL 29: Kings of Leon perform prior to round one of the 2021 NFL Draft at the Great Lakes Science Center on April 29, 2021 in Cleveland, Ohio. (Photo by Gregory Shamus/Getty Images)

Popular rock band Kings of Leon announced it will cancel its upcoming shows as the band members – who are all related – are tending to family emergency.

The bandmembers – who are all related – revealed their mother's health took a turn for the worse just before they took the stage at The Forum on Tuesday night.

"It was a hard show to get through, but you held us up that night in a way we will never forget," members Caleb, Nathan and Jared Followill said in a joint statement issued on social media. All three members of the Followill family are brothers.

As the members look to say goodbye to their mother, Kings of Leon announced it will cancel its tour stops in Mountain View and Dana Point.

The tragic family news comes months after the band's guitarist, Matthew Followill – who is the cousin of Caleb, Nathan and Jared – stepped away from performing to spend time with his wife and the couple's baby.