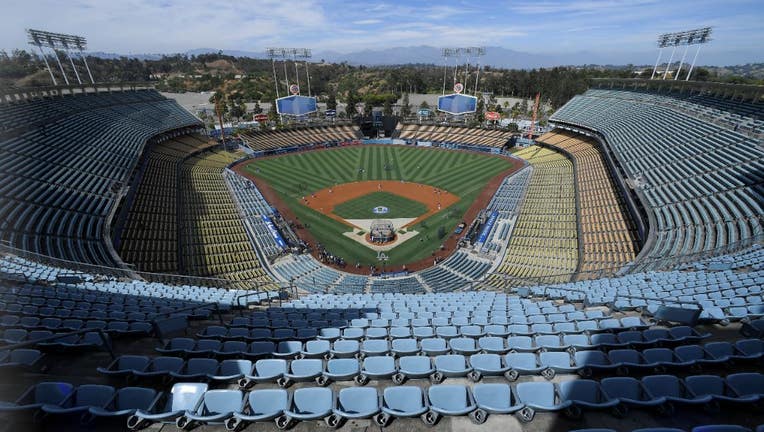 LOS ANGELES - There's no crying in baseball, but there could be government action.

The league concluded this week that the Houston Astros used a camera to illicitly steal signs from opposing catchers during the 2017 season, which ended with the Astros defeating the Dodgers in the World Series.

According to the league, the sign-stealing system was orchestrated by then-Astros bench coach Alex Cora, who served as manager of the Boston Red Sox in 2018, which ended with the Red Sox defeating the Dodgers in the World Series.

The league initially suspended Astros' general manager Jeff Luhnow and manager A.J. Hinch for a year, but the club quickly fired the pair. The Astros were also fined $5 million and ordered to forfeit its first- and second-round draft picks for two years.

Cora, who has yet to be punished by MLB, parted ways with the Red Sox this week following the release of the league investigation.

Koretz conceded that it's "uncharted territory'' to request the league to strip two teams of their titles and award them to another, but he
said it would be fair to give the Los Angeles players a championship after being cheated.

"MLB did take it seriously by (issuing) significant suspensions, which were followed by major league clubs firing managers,'' Koretz told City News Service. "There have been scandals in the past over the century-plus that we've had Major League Baseball in this country. I'm not sure if we've had this documented an effort to steal two World Series, and we know the results. ... I think that would be an appropriate payback. I think this really besmirches the national pastime and the most historic sport in American history, and there has to be a message that this isn't allowed.''

Koretz, a lifelong Dodger fan, said even the players who knew of the scheme to steal pitch signs but did not come forward about it should be held accountable. He said the cheating likely robbed longtime Dodgers players of a shot at the title, but he conceded there's no way to know.

According to Forbes Magazine, it's highly unlikely that the teams will have to forfeit their World Series titles, as MLB Commissioner Rob Manfred is "exceptionally limited in making it happen without going to war with the MLBPA,'' the union that represents the league's players.

The resolution does not call for the city to initiate any legal action, although some Dodger fans have suggested going to court over the
matter. The last time the Dodgers won the World Series was in 1988, when they defeated the Oakland Athletics.