Officer Zach Hudson with the Lake Mary Police Department has some tips for parents and kids.

WEST PENSACOLA, Fla. - "Law & Order" star Mariska Hargitay is praising an 11-year-old Florida girl who fended off a suspected kidnapper using a tactic from the show.

The Escambia County Sheriff's Office said the suspect, Jared Paul Stanga, is charged with attempted kidnapping of a child under 13, aggravated assault, and battery.

Identified only by her first name, Alyssa resisted the suspect who came out of a white vehicle and tried to abduct her at knifepoint while she was at a bus stop, deputies said.

The 30-year-old suspect attempted to tackle and grab Alyssa before she broke free from her would-be captor, smearing the blue slime on him in the process.

Alyssa said she smeared the substance on the perpetrator thanks to regularly watching Hargitay’s character, Olivia Benson, on "Law & Order: Special Victims Unit."

"Alyssa, first and most important, I am so relieved and grateful to know that you are safe," Hargitay wrote on Instagram in response to the traumatic and harrowing ordeal Alyssa experienced. "And I am so honored to be part of your incredible story."

"You are one BRAVE, Strong and Smart young woman," the 22-year "Law & Order" veteran continued. "I think the SVU squad might have to add slime to their crimefighting gear! Take good care of yourself and each other. With all my love, your number one fan, Mariska." 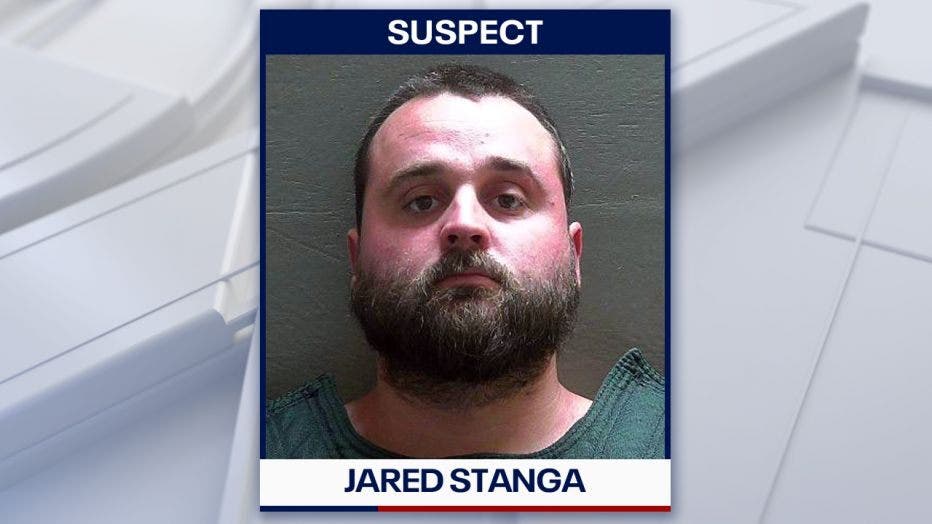 The suspect, Jared Paul Stanga, had allegedly painted his van in an effort to disguise it following local media reports, but still had traces of the "blue slime" on his clothes from wrestling with the West Pensacola girl, FOX News reports.

"The victim at the time of the attempted abduction was playing with blue slime," Escambia County Sheriff Chip Simmons said at a news conference Wednesday. "The suspect, when we caught him, had blue slime all over his own arms."

"I knew that that might be better evidence if the cops do find him," Alyssa said.

Stanga has reportedly been charged with attempted kidnapping of a child under 13 and aggravated assault and battery. He is being held on $1.5 million bond.

Sheriff's say he has an "extensive" criminal past including child sex abuse charges, according to sheriffs.