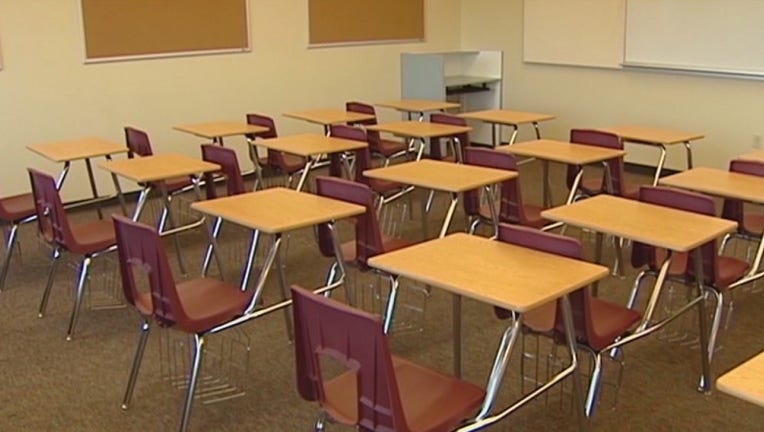 FLAGSTAFF, Ariz. - A lawsuit that accuses the federal government of failing to adequately provide for students on a small, isolated reservation in Arizona is set to go to trial in November.

The lawsuit filed in 2017 seeks systematic reforms of the U.S. Bureau of Indian Education, an agency that oversees more than 180 schools in nearly two dozen states but directly operates less than one-third of them.

Only two of the initial six claims remain in the lawsuit. U.S. District Judge Steven Logan in Phoenix already ruled that the bureau violated its duty to ensure students with disabilities have access to resources such as special education, therapists, and mental health services. He will consider the remedy in a seven-day bench trial scheduled to start Nov. 10.

The case centers on Havasupai Elementary School deep in a gorge off the Grand Canyon. It is one of the most remote schools in the continental U.S. and among the lowest performing among the bureau-run schools.

The Havasupai reservation, known for its towering blue-green waterfalls, is accessible only by foot, mule, or helicopter. Children often are sent to boarding school or off the reservation for high school because they have no option to finish school at home.

At a hearing on July 23, Logan declined to exclude certain expert testimony and allowed evidence regarding previous students to be presented at trial. Attempts to settle the case weren’t successful.

The federal government has said the challenges at the elementary school are unique and difficult, if not impossible, to overcome. Among them are recruiting and retaining staff, housing employees, and isolation. U.S. Department of Justice attorneys representing the bureau said new written guidance on a federal disability civil rights law and a coordinator should lead to improvements at the school.

The bureau also is relying on existing education plans for the four students who are plaintiffs, although the agency acknowledged the services weren’t provided this past school year because of staffing shortages and turnover.

“No more is required of BIE, nor could the court order any relief in addition to the services the student-plaintiffs are receiving that would be tailored to their individual circumstances,” the attorneys wrote in court documents.

The students’ attorneys said assurances that the bureau will comply with the education plans and will follow its new guidance aren’t enough “in light of the BIE’s history of failed promises to satisfy its legal obligations to HES students with disabilities.”

Another claim relates to childhood adversity and trauma, which the district court ruled early on can be learning disabilities.

Attorneys for the plaintiffs have argued that Havasupai students face adversity and generational trauma from repeated broken promises from the U.S. government, efforts to eradicate Native culture and tradition, discrimination, and the school’s tendency to call police to deal with behavioral problems.