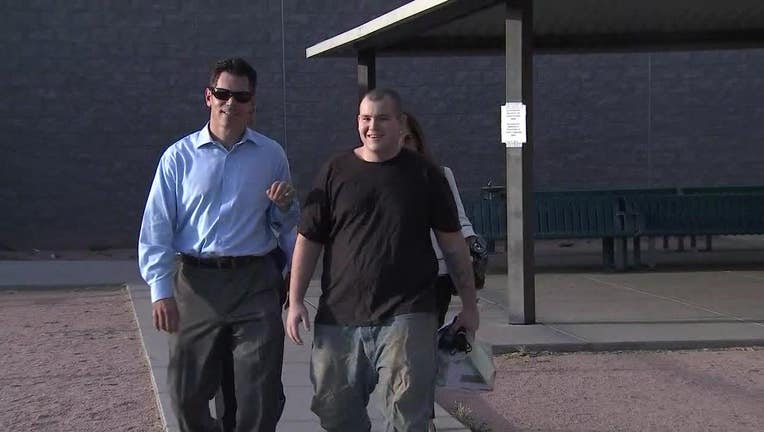 PHOENIX - A landscaper once charged in freeway shootings in metro Phoenix during 2015 alleged in his false-arrest lawsuit that there’s a high likelihood that a car belonging to a man later charged in nine killings had been near the scene of two of the highway shootings, according to court documents filed Monday.

An attorney representing Leslie Merritt Jr. said in the documents that license plate readers picked up a plate matching six of the seven characters from killing suspect Aaron Juan Saucedo’s BMW near two of the shootings on Interstate 10 on Aug. 29, 2015. 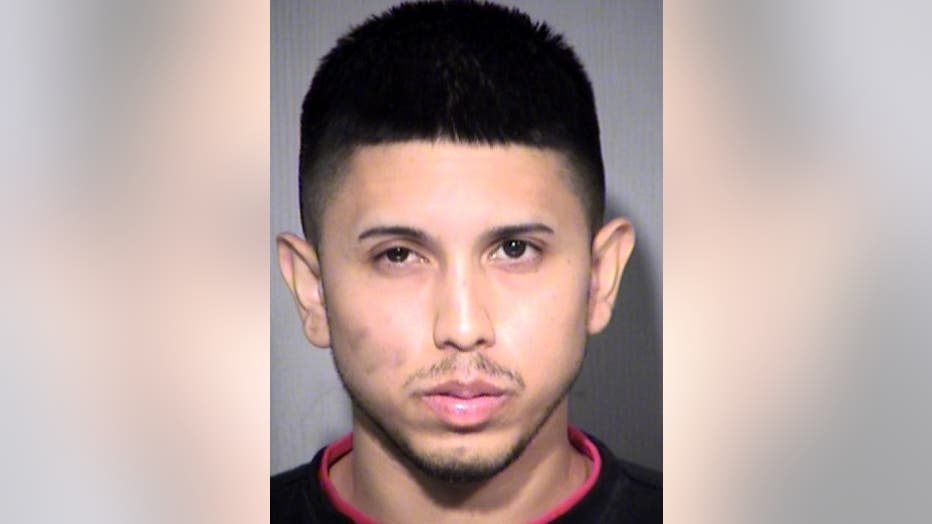 The lawyer, Jason Lamm, theorized in the documents that Saucedo could have carried out both freeway shootings during the 16 minutes between when he bought 50 rounds of ammunition at a pawn shop and the back-to-back interstate shootings. Lamm contends authorities should have examined Saucedo further.

A notice of claim filed on behalf of Merritt that served as a precursor to his lawsuit against the state of Arizona sought $10 million in damages, though the lawsuit does not specify the amount of damages being sought.

Lawyers defending the Arizona Department of Public Safety's arrest of Merritt in the freeway shootings asked a judge last week to prohibit claims about Saucedo at Merritt’s upcoming March 30 lawsuit civil trial, saying the information would be unfairly prejudicial and mislead jurors.

Phone and email messages seeking comment on the documents from Thomas Glow, one of the lawyers defending Saucedo, were not immediately returned.

The claim about the license plate data came nearly three years after it was revealed that officers investigating the freeway shootings had seized the gun that police have said Saucedo used to carry out his first killing.

Investigators test-fired Saucedo’s gun, but they never conducted ballistics tests comparing it to evidence recovered in the freeway shooting investigation.

Merritt was jailed for seven months until his charges were dismissed in 2016 at the request of prosecutors after the ballistics evidence came under heavy criticism.

There were 11 shootings on Phoenix-area freeways from late August until September 2015. No one was seriously injured when eight cars were hit with bullets and three others were struck with projectiles such as BBs or pellets. The only injury occurred when a 13-year-old girl was cut by glass.

The shootings sparked so much fear that motorists avoided driving on freeways, school buses took different routes and signs were posted telling drivers to be careful.

Investigators said Merritt’s handgun was linked to four of the shootings, but Merritt has insisted he is innocent.

In his lawsuit, Merritt says authorities pursued charges even though they knew his handgun was at a pawn shop during the last of the four shootings with which he was charged.

He accused Arizona's Department of Public Safety of changing the timeline of the shooting to fit a theory that a bullet from Merritt’s gun got lodged in the sidewall of a car's tire. The agency has denied both allegations.

No one else has been arrested in the freeway shootings.

Saucedo, a former bus driver, was arrested on charges that he killed nine people during a dozen nighttime shootings from August 2015 until July 2016 that unnerved residents of a largely Latino neighborhood. Saucedo has pleaded not guilty to the charges.

Saucedo was connected by Phoenix police to those killings after he became a suspect in the August 2015 fatal shooting of 61-year-old Raul Romero, who had a relationship with Saucedo’s mother.

While Merritt’s attorney said it’s important to consider the facts that investigators chose to ignore, attorneys for the state said mentioning Saucedo at Merritt’s civil trial could confuse jurors.

“The Romero murder is the only Saucedo shooting that involved a Hi-Point 9mm gun,” attorney Ed Novak, one of the lawyers defending the public safety department said in court documents filed last week. “There is no evidence that officers knew of this fact as of September 18, 2015, when Merritt was arrested. Accordingly, its introduction would be done to confuse the jury.”

Novak declined to comment on Monday’s filing by Merritt.

Evidence from the freeway shootings showed that the culprit used a Hi-Point 9-mm handgun. Investigators began seizing that type of gun from pawnshops around Phoenix in the hope of finding a match to the freeway case.

Police have said Saucedo sold a Hi-Point 9-mm pistol to the same pawn shop where Merritt also pawned his weapon.

Shortly after Saucedo was arrested in 2017, Phoenix police refused to comment about what efforts, if any, they undertook to investigate Saucedo in the immediate aftermath of the first killing.

Phoenix police have said he left behind bullet fragments, shell casings and knew the victim, but they didn’t examine his weapon until 20 months later.