5 years after Leslie Merritt Jr. was accused of being the Freeway Shooter, he is moving ahead with a lawsuit against state and DPS officials. FOX 10's Nicole Garcia reports.

PHOENIX - Five years after he was arrested and accused of being the "I-10 Freeway Shooter", Leslie Merritt, Jr. is moving forward with his Federal lawsuit against the State of Arizona and the Department of Public Safety.

Merritt Jr. was arrested on several accusations of felony offenses in September 2015. During his first court appearance, he told a presiding judge "I'm the wrong guy".

He was in jail for seven months before all charges were dismissed in 2016 by the county attorney.

DPS officials have maintained that Merritt Jr. is still their main suspect. The arrest and complaint, meanwhile, remain public record.

In the lawsuit, Merritt Jr. is asking the court to seal and clear up the record.

"This is very unusual. This doesn't happen very often," said Brian Foster with Wilenchik & Foster. "Right now, you're asking some judge who doesn't know anything about the case to review the depositions and everything and make that determination,"

Part of the filing includes depositions by DPS officials and criminalists, who Merritt Jr. claims lied about the evidence and probable cause.

Newly released court documents reveal testimony by DPS employees about the evidence. According to a deposition, a DPS sergeant admitted to knowing that Merritt Jr.'s gun was in the pawn shop during one of the freeway shootings, but agreed to go ahead with the case based on the ballistics match from the DPS Crime Lab.

"Totally inconsistent with their theory," said Foster. "Maybe they needed to do some more work before they made the arrest."

The sergeant also said data from license plate readers along the I-10 were not turned over to prosecutors. Meanwhile, the criminalist that performed the ballistics analysis admitted to not testing several other guns, after he concluded Merritt Jr.'s gun was a match to the evidence bullets.

Three independent firearms analysts looked at the same evidence, and did not find the same conclusion.

"He definitely did not do a thorough examination," said Foster. "He did not follow protocol. He did not do what these other ballistics experts said. I can't say, but it was definitely sloppy."

In his lawsuit, Merritt Jr. is claiming false arrest, and the lawsuit is targeted against several state officials. Bill Montgomery, who was once Maricopa County's attorney, settled his portion of the lawsuit in 2019 for $100,000.

FOX 10 has reached out to DPS for a comment. Officials did issue a response on Monday, saying it is "not in a position to provide a statement today".

Merritt Jr.'s attorney says they expect to go to trial at the end of March. 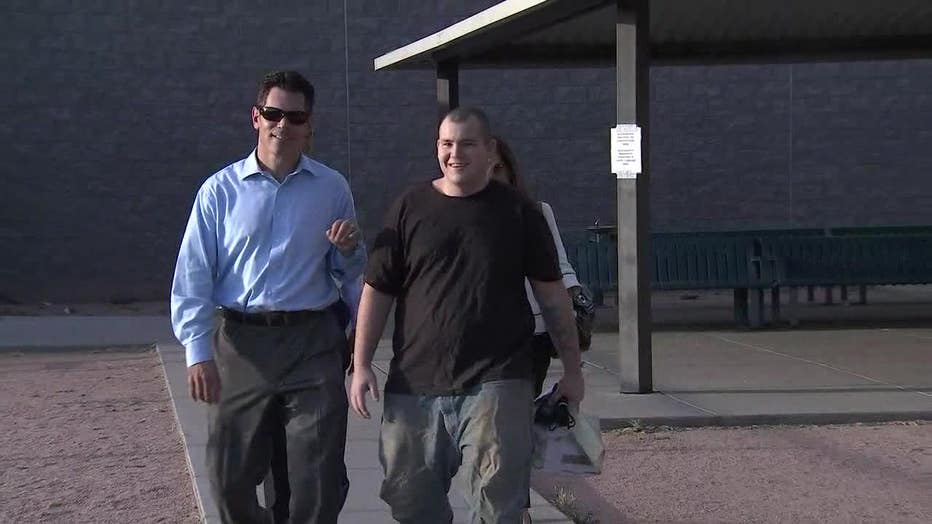