PHOENIX - A man is dead and another man is injured following a fight that led to a shooting at a home in west Phoenix.

Phoenix Police say the incident happened on Aug. 24 near 111th Avenue and Indian School Road when a man armed with a gun entered the home and a fight ensued between him and another man.

During the fight, investigators say the gun went off, striking the man who brought the gun. He was pronounced dead at the scene by firefighters. The second man who was injured was taken to a hospital.

Later in the day, police provided an update saying it was Kimoni Wilson, 19, forcing his way into his ex-girlfriend's home.

"Homicide detectives responded and learned Wilson is the ex-boyfriend of the homeowner. Wilson forced his way inside the house and got into a physical fight with another man inside the home. Wilson then used a firearm he found inside the home to hit the man. During the struggle, the man was able to get ahold of the gun and shot Wilson who died on scene. The man was taken to the hospital for treatment of his injuries that occurred during the fight," police explained.

As for the man who was taken to the hospital, police say he was released and charges will be submitted for review following the end of the investigation. 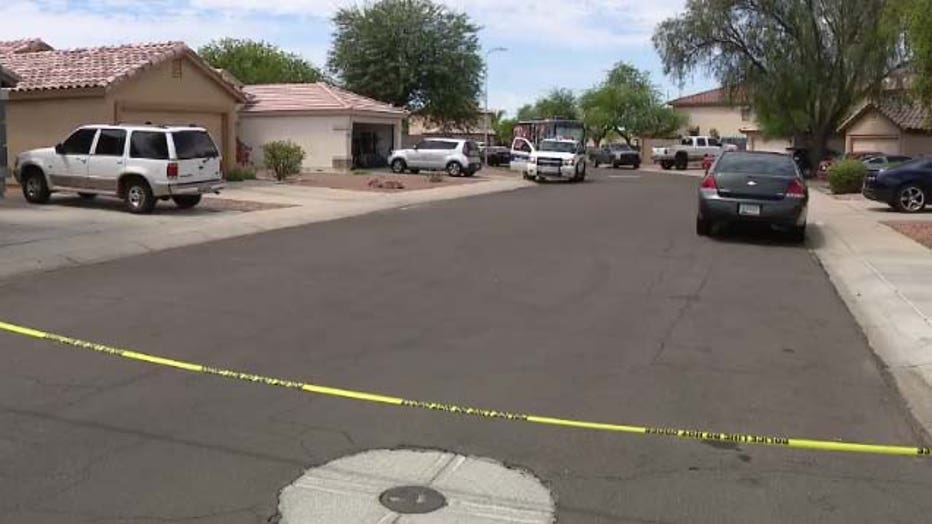 One man is dead and another man is injured following a fight that led to a shooting at a home in west Phoenix on Aug. 24, police said.